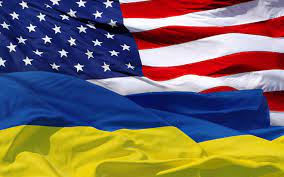 Rand Paul holds up Senate vote on a massive spending bill for Kiev, demanding tighter oversight of how the money is spent
A US plan to provide nearly $40 billion in the additional military and economic aid to Ukraine amid its conflict with Russia has hit a speed bump, with Senator Rand Paul (R-Kentucky) blocking a quick vote to approve the funding bill and likely delaying passage to at least next week.
Paul stood in the way on Thursday by objecting to a request by Senate leaders to approve “unanimous consent,” a provision that allows bills with strong bipartisan support to be fast-tracked without debate. The former presidential candidate said he would only allow for a quick vote if the bill was revised to include the appointment of a special inspector general to monitor how the massive aid package is spent – a demand that Senate Majority Leader Chuck Schumer (D-New York) refused to meet.
Schumer claimed that Washington had a “moral obligation” to help Ukraine in its fight against Russian President Vladimir Putin’s “immoral war.” He said Paul’s oversight provision was strongly opposed by Democrats and Republicans alike.
“There is now only one thing holding us back: The junior senator from Kentucky is preventing swift passage of Ukraine aid because he wants to add, at the last minute, his own changes directly into the bill,” the majority leader said. He added, “All he will accomplish is to singlehandedly delay desperately needed Ukraine aid.”
Senate Minority Leader Mitch McConnell (R-Kentucky) also pressed for an immediate vote on the bill, which passed overwhelmingly in the House on Wednesday. He called for Paul’s revision to be voted on as an amendment, which would likely fail, clearing the way for passage of the aid package.
Paul insisted that his proposal be added to the bill, which would require that the revised legislation go back to the House for another vote after Senate approval. He noted that the latest package would bring total US aid to Ukraine to $60 billion since the conflict began in February, nearly as much as Russia earmarks annually for its entire defense budget.
The senator argued that the US would be funding Ukraine’s war effort with borrowed money, adding to America’s $30 trillion debt and worsening its inflation crisis. “Americans are feeling the pain, and Congress seems intent on only adding to that pain by shoving more money out the door as fast as they can,” Paul said.
The aid bill passed the House with support from all Democrats and all but 57 Republicans. The package would be more than double the total amount sent to the 10 largest recipients of US foreign aid in 2021. Those who opposed the legislation, such as Representative Marjorie Taylor Greene (R-Georgia), were accused of spreading “Putin’s propaganda.”
Paul said the US is still trying to recover financially from the $1.6 trillion spent on Middle East wars and the $5 trillion borrowed to fund the response to the Covid-19 pandemic. “We should not forget that the Soviet Union collapsed in large part not because it was defeated militarily, but because it ran out of money,” he said. “In an attempt to save Ukraine, will we doom the US to such a future?”