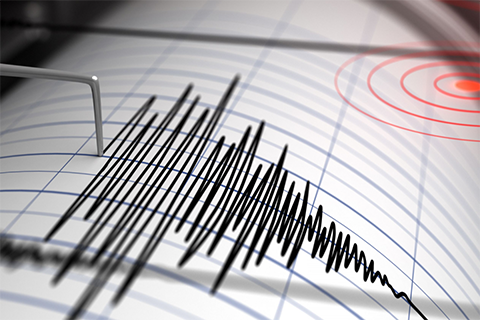 Manila, July 27 (AFP/APP): A huge earthquake hit the northern Philippines Wednesday, the US Geological Survey said, shattering windows of buildings at the epicenter and shaking high-rise towers more than 300 kilometers (185 miles) away in the capital Manila.
The shallow but powerful quake struck the mountainous province of Abra on the main island of Luzon at 8:43 am (0043 GMT), the USGS said, after initially measuring the quake at 6.8 magnitude.
In Dolores, which felt the full force of the quake, terrified people ran outside their buildings, and windows of the local market were shattered, Police Major Edwin Sergio told AFP.
“The quake was very strong,” Sergio said, adding there were minor cracks in the police station building.
So far, no casualties or major damage have been reported.
The Philippines is regularly rocked by quakes due to its location on the Pacific “Ring of Fire”, an arc of intense seismic activity that stretches from Japan through Southeast Asia and across the Pacific basin.