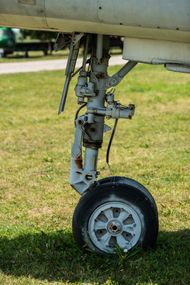 Washington: US-based aircraft maintenance provider AAR Corporation could benefit from a provision in the recently enacted fiscal year (FY) 2023 National Defense Authorization Act (NDAA) that requires the US Air Force (USAF) and US Navy (USN) to consider buying used parts for their commercial-derivative aircraft, according to the company’s chief executive.

While AAR has “had success here and there” selling used aircraft parts to the US government, the government has tended to favour new aircraft parts, said John Holmes, AAR’s president, and CEO. However, the new law requires the USAF and USN to “implement processes and procedures” for buying used parts, and AAR believes it is well-positioned to furnish such items.

“We think this could be the starting point of [a] meaningful opportunity for AAR,” Holmes told analysts on 20 December. “How much and how long, I think, is a question, but we’re really encouraged by the fact that that language is now part of the NDAA.”