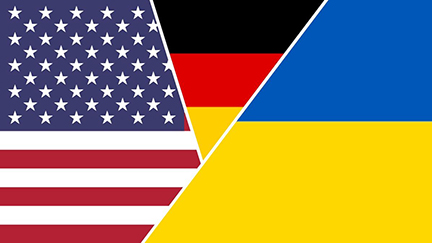 Berlin appears to be increasingly out of step with its allies across the pond when it comes to arming Ukraine, Germany’s Die Welt daily reported on Thursday, adding that the issue is impacting relations between the NATO allies. The US allegedly wants Germany to take a more resolute approach towards military assistance for Kiev, it said.

Last Sunday, the US ambassador to Berlin, Amy Gutmann, told the German broadcaster ZDF that she expects Germany to “take on a greater leadership role.” She acknowledged Berlin’s military assistance to Kiev, but said her expectations are “even higher.”

“So far, Germany has done what we asked for,” a US official told Die Welt on Thursday, adding that Berlin could be moving “faster.” The paper reported that Washington has “doubts” about Germany’s fundamental loyalty to Kiev, questioning whether it wants Ukraine to “win” or just “not to lose.”

On Tuesday, the German tabloid Bild claimed that US officials allegedly sent a diplomatic note to Berlin, in which Secretary of State Antony Blinken supposedly said Washington would “welcome” a decision by Germany to send battle tanks to Ukraine while stopping short of directly asking for such a step. A spokeswoman for the US embassy in Berlin, however, denied this claim, telling Bild that no such outreach was made.

“It is not true that we told Germany that they had to supply tanks,” a US official also told Die Welt on Thursday, adding that the US would rather see Germany take a greater leadership role, which now “means helping Ukraine.”

Last week, German Defense Minister Christine Lambrecht told journalists that Berlin would not be the first to send Western-made tanks to Ukraine when no other nation had done so.

The reports of Washington’s dissatisfaction with Germany’s response came as Lambrecht announced a fresh weapons package for Kiev. The new batch will include two Mars II multiple rocket launchers and 200 missiles for them, as well as 50 Dingo armored personnel carriers, she told journalists on Thursday.