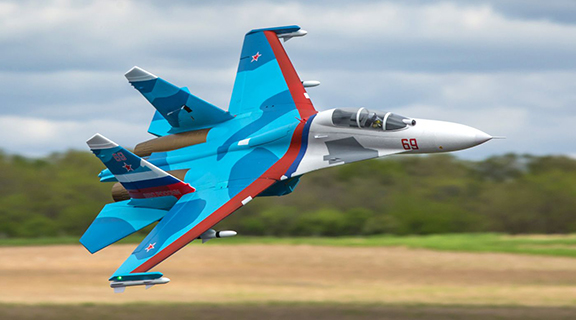 Two pilots have been killed when a Russian Su-30 fighter jet crashed into a two-story residential building in the city of Irkutsk in southern Siberia.

Video of Sunday’s crash showed the aircraft dove almost vertically before hitting the building in a fireball, sending dense black smoke into the sky.

Governor Igor Kobzev said on social media that the residents of the house for two families were unharmed. Firefighters were seen at the scene working to extinguish the blaze.

Irkutsk, an industrial centre of more than 600,000 people, is home to an aircraft factory producing the Su-30 fighters.

The crash occurred less than a week after a Sukhoi Su-34 jet crashed into a multistory residential building in the Russian town of Yeysk, killing 15 people.