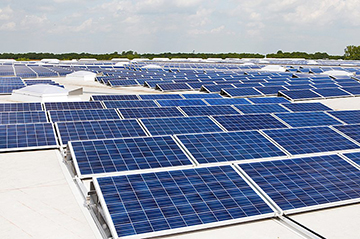 CANBERRA, Nov. 5 (Xinhua/APP): Australian researchers have made a breakthrough in increasing the efficiency of solar panels.
In a study published recently, a team from Australian National University (ANU) found that adding “passivating contacts” between metal and silicon elements of a solar cell can boost its efficiency.
Mohamed Ismael, the lead researcher, said current solar cells, which convert photons from light energy into electrical energy, do not operate at their maximum capacity due to electrical losses associated with the contact between metals and silicon.
“These findings will help push the performance of silicon solar cells closer to their theoretical limit,” he said in a statement on Friday.
“Each day, the sun produces significantly more energy than needed to power the whole planet. The only limitation is our ability to economically convert it to electricity.”
According to the Commonwealth Scientific and Industrial Research Organisation (CSIRO) Australia has the highest uptake of solar globally, with one-quarter of homes having rooftop solar photovoltaic (PV) installations as of 2020.
Silicon solar cells contribute to about 95 percent of all commercial solar cells.
The ANU team is now working to develop its passivating contact technology to the point where it can be applied to industrial solar cells on a large scale.
“Transition metal oxides such as titanium oxide have many qualities that make them ideal as passivating contact layers,” Lachlan Black from the ANU College of Engineering, Computing and Cybernetics said.
He said this was not a new idea, but the way in which they combined these layers had produced better results and higher operating voltages than anything previously reported.
“If successful, we could see our technology in almost all new solar panels installed on your roof or utility-scale solar plants,” said Black.