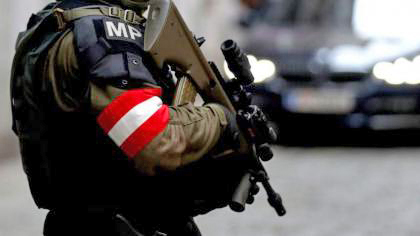 Vienna, Jan 6 (AFP/APP): An Austrian officer shot dead a fellow soldier in a scuffle Friday at an army barracks just outside Vienna, the defence ministry said.
A soldier on guard duty threatened his colleagues with an assault rifle and attacked his 54-year-old superior, who shot and killed him, ministry spokesman Michael Bauer told AFP.
Police are investigating the incident at the airfield barracks in Wiener Neustadt, south of the capital, Bauer added.
Such fatal incidents are rare in the Austrian army.
In 2019, an Austrian soldier — a 31-year-old dog handler — died when two army dogs attacked him, also in the Wiener Neustadt barracks.
In 2017, a recruit shot dead a fellow rookie and was later sentenced to 15 years in prison for murder.