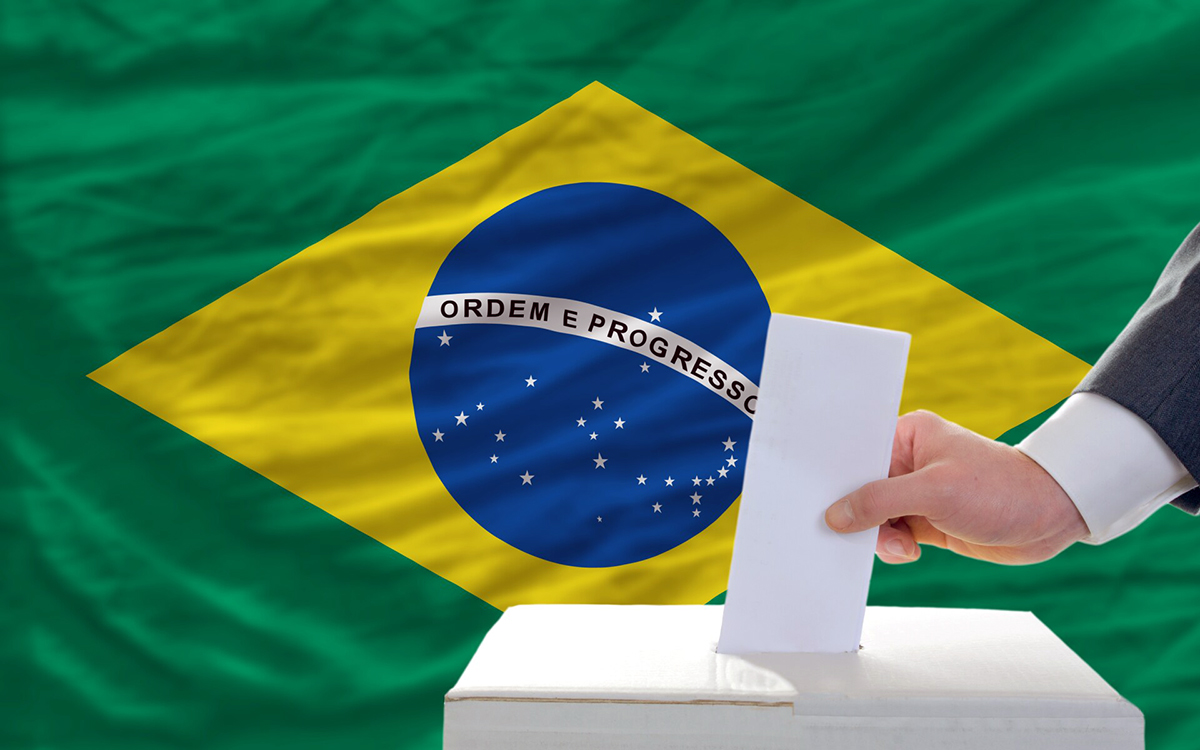 Rio de Janeiro, Oct 2 (AFP/APP): Brazilians voted Sunday in a polarizing presidential election, with leftist front-runner Luiz Inacio Lula da Silva vowing to get Brazil “back to normal” amid fears far-right incumbent Jair Bolsonaro will not accept a defeat.
Lula, who led the Latin American giant in the 2000s and is seeking to make a comeback at 76, voted in his bastion in the southeastern state of Sao Paulo, saying he wanted “a country at peace” after four years under combative ex-army captain Bolsonaro, 67.
“We don’t want more hate, more discord,” said the ex-president (2003-2010), kissing the paper slip given to voters after casting his ballot in a dark suit and button-up shirt.
Bolsonaro, for his part, voted in Rio de Janeiro in the yellow-and-green jersey of Brazil’s national football team, telling reporters the results must be respected if elections are “clean.”
The incumbent, who has repeatedly alleged Brazil’s electronic voting system is plagued by fraud — without evidence — did not answer journalists’ questions on whether he would accept the result if he loses.
He said he was confident he would win despite opinion polls showing Lula with a double-digit lead.
As the half-way mark loomed in eight hours of voting, Supreme Electoral Court president Alexandre de Moraes hailed the “transparency, security, auditability of electronic voting machines.”
So far, voting has proceeded “without any problem, with peace of mind,” he told reporters in Brasilia.
Lula went into Sunday leading Bolsonaro with 50 percent of valid votes to 36 percent, according to a final poll from the Datafolha institute.
This put Lula within arm’s reach of winning outright and avoiding a runoff on October 30.
Bolsonaro’s attacks on the voting system have raised fears of a Brazilian version of the riots at the US Capitol last year after his political role model, former president Donald Trump, refused to accept his election loss.
Trump gave Bolsonaro a glowing endorsement Saturday, calling him a “fantastic leader” in a video posted on social media.

Casting her vote in the capital, Brasilia, housewife Aldeyze dos Santos, 40, told AFP she supports Bolsonaro because “I’m a Christian, I only vote for candidates who are for what’s in the Bible.”
In Rio, retired psychologist Katia Ferrari, 67, said: “I hate Bolsonaro.”
“In Lula’s time, things were much better, no matter if he stole… everyone steals,” she said — an allusion to Lula’s controversial graft conviction, later overturned.
Seventy-year-old retiree Lucia Estela da Conceicao said Bolsonaro’s divisive term had left her “hoping for a change.”
“As a black woman, it’s been hard to see the country go backwards in terms of discrimination, prejudice, homophobia and also the economy,” she said in Sao Paulo.
More than 500,000 security force members were deployed to keep the peace on election day.
Political analyst Adriano Laureno said it is likely Bolsonaro will try to contest the result if he loses.
“But that doesn’t mean he’ll succeed,” added Laureno, of consulting firm Prospectiva.
“The international community will recognize the result quickly… There might be some kind of turmoil and uncertainty around the transition, but there’s no risk of a democratic rupture.”

Lula, an ex-metalworker who rose from destitute poverty to become the most popular president in Brazilian history, is seeking to stage a return after falling spectacularly from grace and spending 18 months in jail.
Convicted in a massive graft scheme involving state-run oil company Petrobras, he regained the right to run for office last year when the Supreme Court threw out his convictions.
Bolsonaro, who swept to office in 2018 on a wave of anti-establishment outrage, has since lost much of his outsider shine.
He retains the die-hard backing of his “Bibles, bullets and beef” base — Evangelical Christians, security hardliners and the powerful agribusiness sector.
But he has lost support among moderate voters with his management of the weak economy, his vitriolic attacks on lawmakers, the courts and the press, a surge in Amazon rainforest destruction, and his failure to contain the devastation of Covid-19, which has claimed more than 685,000 lives in Brazil.
Many Brazilians are deeply disillusioned with both contenders — and the lack of alternatives — in a race where none of the other nine candidates managed to garner 10 percent of stated voter support.
Brazil’s 156 million voters are also electing the lower house of Congress, one-third of the Senate, and governors and state legislators in all 27 states.