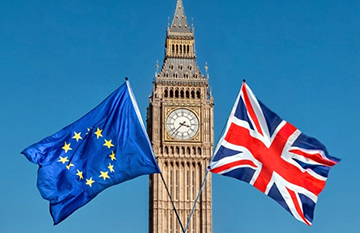 LONDON: The UK economy would have been much better off if the country had stayed in the European Union, a study by the Centre for European Reform (CER) shows. According to the findings, by June 2022, the country’s GDP was 5.5% smaller than it could have been if Brexit had not happened, which is an estimated loss of £33 billion ($40 billion).

For the study, the CER calculated how a “doppelganger” UK, one that did not quit the bloc, would have fared by currently using data from other countries, whose economic performance is close to that of the pre-Brexit UK. It chose the US, Germany, Norway, and Australia for reference.

“The Brexit hit has inevitably led to tax rises, because a slower-growing economy requires higher taxation to fund public services and benefits. If Brexit had not happened, most of the tax rises that then Chancellor Rishi Sunak announced in March 2022 would not have been necessary. Tax revenues would have been around £40 billion higher on an annual basis,” the study says.

According to the findings, the UK’s investment is also currently 11% lower than it could have been without the 2016 referendum, while the country’s trade in goods is 7% lower.

“Brexit has clearly had a significant impact on the economy. There has been a sizeable hit on trade and investment. There is a gap between the things politicians want to say about Brexit and what the data tells us. I think it’s become impossible to argue that Brexit has not hurt the UK economy,” John Springford, CER deputy head and author of the study, told The Independent.

He noted that it is still too early to predict the long-term effects of the move, saying that “most of the economic costs might already have come through.”

“But it is also possible that the long-run costs of Brexit might be larger than the OBR estimate,” he added, referring to calculations from The Office for Budgetary Responsibility (OBR), which suggest that Brexit will reduce the UK GDP by 4% over 15 years from 2016 to 2031, or some £100 billion.