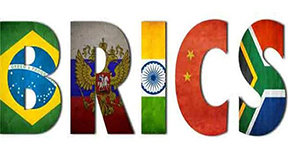 The president of the BRICS International Forum expects Turkey, Egypt and Saudi Arabia to join the group “very soon”. In an interview with Russia’s Izvestia, Purnima Anand said that China, Russia and India discussed this issue during the 14th BRICS Summit, which was held online last month.
“All these countries have shown an interest in joining and are preparing to apply for membership. I think this is a good step, because expansion is always perceived positively; this will clearly increase the influence of BRICS in the world,” explained Anand. “I hope that the accession of countries to BRICS will happen very quickly, because now all representatives of the core of the association are interested in expanding the organisation, so it will be very soon.”
She stressed that the accession of Egypt, Saudi Arabia and Turkey may not take place at the same time.
Earlier, Li Kexin, Director-General of the Department of International Economic Affairs of the Chinese Foreign Ministry, said that several countries were “knocking on the doors” of the organisation, including Indonesia, Turkey, Saudi Arabia, Egypt and Argentina.
The BRICS forum is a political organisation that began negotiations for its formation in 2006 and held its first summit in 2009. Its members were the countries with emerging economies, namely Brazil, Russia, India, and China, operating under the name BRIC, before South Africa joined the organisation in 2010, making it BRICS.
The organisation’s countries are characterised as being among the industrialised developing countries with large and emerging economies. Half of the world’s population lives in these five countries, and their combined gross domestic product is equivalent to that of the US ($13.6 trillion). Their total foreign exchange reserves are $4 trillion.
In 2017, during the BRICS summit in Xiamen, China, there was talk of the BRICS expansion plan, whereby new countries are added to the BRICS group as permanent guests or participants in the dialogue.