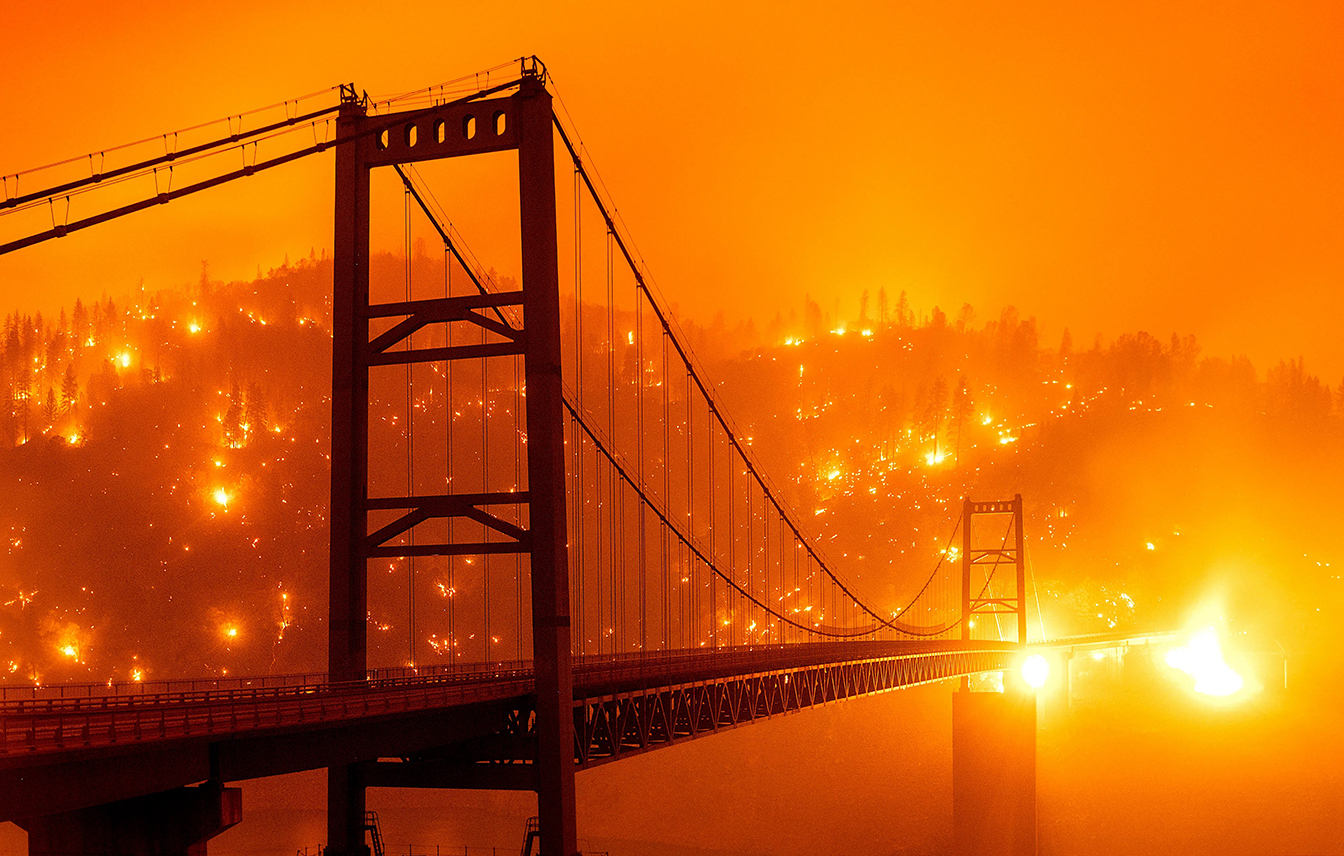 Hemet, United States, Sept 8 (AFP/APP): A wildfire burning outside Los Angeles has doubled in size in less than 24 hours, firefighters said Thursday as they endured yet another day of blistering heat in the western United States.
Thousands of people have been told to evacuate in the face of the growing Fairview fire, which has now spread to 19,000 acres (7,700 hectares).
“Active fire behavior occurred in the east, south, and north portions of the incident,” Cal Fire said.
“Fire will become active with primary movement to the east. Steep drainages will aid the spread with the up canyon/up slope winds and heavy fuels.”
Two people are known to have died in the blaze, which erupted on Monday, the midpoint of a heat wave which has lasted more than a week and seen temperatures repeatedly exceed 110 Fahrenheit (43 Celsius) in parts of California, Nevada and Arizona.
The searing heat has put enormous strain on California’s electrical grid, as households crank up the air conditioning.
That has led to daily calls for consumers to conserve power to avoid blackouts, including text alerts sent to mobile phones.
The grid operator has hailed public co-operation which it said has helped keep the lights on throughout the state all week.
Another “Flex Alert” was expected to be declared Thursday, asking for thermostats to be raised, and major appliances to be switched off during peak hours.
Forecasters say the heat wave will begin to dissipate over the coming days, but warned California was not out of the woods yet.
“Dangerous heat also continues to impact the Golden State as high temperatures are once again forecast to reach well into the triple digits both today and Friday, particularly over interior valley regions,” the National Weather Service said.