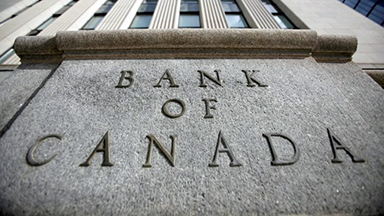 Ottawa, July 13 (AFP/APP): Canada’s central bank on Wednesday raised its key lending rate by a whopping 100 basis points — four times the usual increase — to 2.5 percent in order to fight skyrocketing inflation.
The Bank of Canada said inflation has been “higher and more persistent” than expected, and price increases are broadening amid a robust economy in which demand has far outstripped supply.
To try to stem that trend, it said it “decided to front-load the path to higher interest rates by raising the policy rate by 100 basis points today,” while warning of more rate hikes to come.
Analysts had widely expected an increase of 75 basis points following several incremental and modest increases from a record low during the Covid-19 pandemic.
The actual hike was the largest since 1998, and brings the bank’s overnight lending rate to its highest level since 2008.
It was a “colossal move,” commented Desjardins analyst Royce Mendes in a research note.
“After being overtaken by the (US) Fed in June, the Bank of Canada reclaimed its top gun status, with the highest policy rate among G7 countries and the biggest step in this tightening cycle, as it seeks to calm inflation fears,” said CIBC Economics analyst Karyne Charbonneau.
Future rate increases in the near term will probably peak at 3.0 percent to 3.25 percent, she forecast.

In addition to curbing inflation itself, the bank said the sharp rise in the interest rates is aimed at keeping a lid on expectations. The longer prices surge, the bigger the risk of them becoming etched in people’s minds, which could lead to a spiral of demands for higher wages and further price increases.
“Surveys indicate more consumers and businesses are expecting inflation to be higher for longer, raising the risk that elevated inflation becomes entrenched in price- and wage-setting,” the central bank said.
“If that occurs, the economic cost of restoring price stability will be higher,” it concluded.
Revising its forecasts, the Bank of Canada said inflation would “likely remain around eight percent in the next few months” before easing to about three percent by the end of next year and returning to its two percent target by the end of 2024.
It cited the war in Ukraine and supply disruptions as the biggest drivers, but noted that “domestic price pressures from excess demand are becoming more prominent.”
Unemployment, it noted, is at a record low and labour shortages are widespread, increasing wage pressures. Businesses are passing on higher input and labour costs by raising prices.
The bank also said it now expects economic growth to slow in the third quarter as consumption dips and a red hot housing market cools off, closing the year at 3.5 percent, followed by 1.75 percent in 2023 and 2.5 percent in 2024.