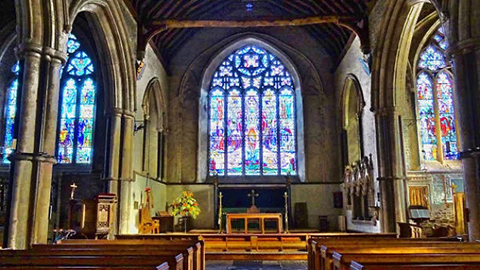 Belfast, Sept 22 (AFP/APP): The number of Catholics living in UK-ruled Northern Ireland exceeds the total of Protestants and other Christian denominations for the first time, the results of a 2021 census released Thursday showed.
The Northern Ireland Statistics and Research Agency said 42.31 percent of the population identified as Catholic, while 37.36 percent said they were Protestant or otherwise Christian.
The results follow longstanding demographic trends in Northern Ireland, which was first created in 1921 to assure the dominance of the region’s pro-UK, largely Protestant majority.
The landmark shift is likely to intensify calls for a referendum on reuniting Northern Ireland with the Republic of Ireland, as permitted under a 1998 peace deal that ended three decades of sectarian violence.
The data showed 31.86 percent of people living in the region identified as only British, with 29.13 percent identifying as only Irish. A further 19.78 percent identified only as Northern Irish.
In 2011, the British-only figure had stood at 40 percent.
The data showed 46.64 percent of the population only hold UK passports, 26.51 only hold Irish passports, and 5.49 percent hold both passports — a number that has risen since the UK’s Brexit referendum in 2016.