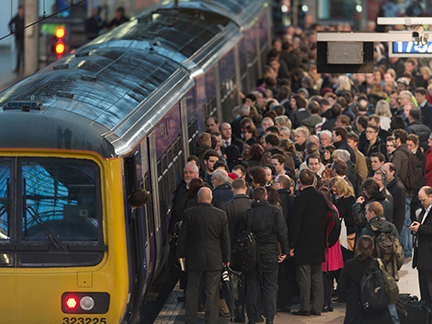 Researches in East China’s Jiangxi Province are testing a maglev hanging on an 800-meter-long monorail with a top speed of 80 kilometers per hours, the first of its kind in the country, the Science and Technology Daily reported on Wednesday, marking a new breakthrough in the country’s rapid development of rail technology.
The experimental maglev monorail, named Xingguo and developed by Jiangxi University of Science and Technology and China Railway Science & Industry Group Co, has now entered critical phase of testing and adjustment, and is expected to enter its operational experimental stage in July.
The Xingguo maglev monorail is the first in the country that utilizes permanent magnet maglev technology in a suspension monorail. Different from superconducting maglev train and normal conductive maglev train, the new technology can achieve elevation status without being powered, according to the report.
China is a leader in the development of maglev trains. In July 2021, the world’s fastest maglev transportation system with a speed of 600 kilometers per hour rolled off assembly line in Qingdao, East China’s Shandong Province.