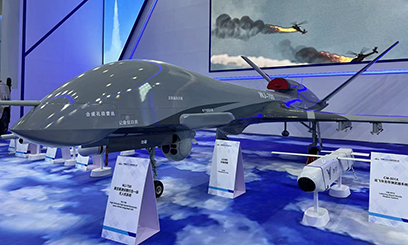 The Global Times learned from its developer, No.3 Research Institute under the China Aerospace Science and Industry Corporation (CASIC), that all these upgrades make WJ-700 more flexible and intelligent, which will allow it to realize key capabilities such as one-button self-detection, autonomous inbound and outbound, one-button take-off cruise and autonomous return and landing of the UAV, greatly improving the system’s reliability, reducing the control difficulty of the flight crew and the maintenance intensity of the ground crew.

At the same time, it can quickly reach the mission area to carry out strike and clearance tasks. With the high altitude and high-speed flight characteristics, it can release weapons at a maximum kinetic energy, easily reach a range of 50-80 kilometers, and realize the destruction of enemy missile sites, airports, command posts and other key targets outside the enemy defense area.