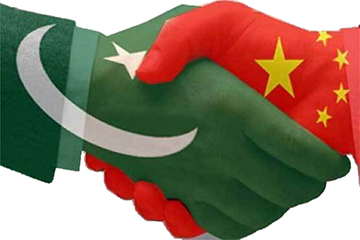 ISLAMABAD, Aug 30 (APP): Chinese President Xi Jinping and Premier Li Keqiang have expressed their complete solidarity with the government and people of Pakistan over the human and financial losses in the recent floods that devastated huge parts of Pakistan.

China had announced an assistance grant of RMB100 million (Yuan), besides the dispatch of 25,000 tents and other assistance items. The first batch of the relief aid containing 300 tents would be arriving Karachi today. The Chinese ambassador would hand over these articles to the Pakistani authorities, PM Office Media Wing said in a press release on Tuesday.

President Xi, on behalf of the Chinese government and people, and in his own name, expressed deep condolences over the victims and sincere sympathy to the bereaved families, the injured and the people in the affected areas.

The Chinese envoy had apprised the Government of Pakistan of the decision of the Chinese leadership about the relief support.

He also conveyed his good wishes to the Chinese leadership.
The prime minister on his Twitter handle, thanked President Xi Jinping and Premier Li Keqiang for the financial assistance to flood-affected people of Pakistan.

“This flood is like no other in terms of its intensity & spread. China has been there for us at the most difficult times & we greatly value its support,” the prime minister posted a tweet.