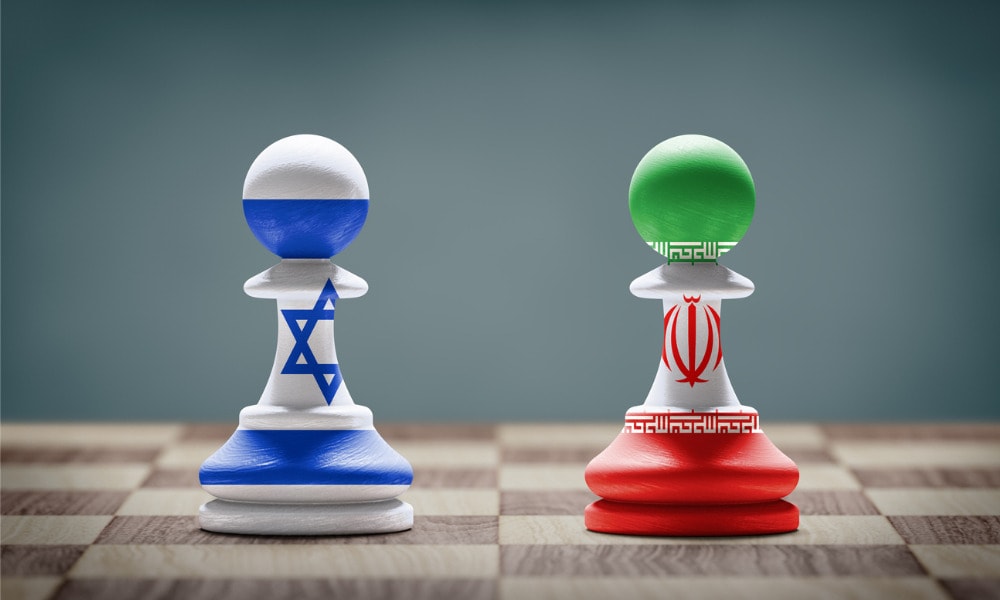 TEHRAN: Media close to the Iranian government has published a list of “sensitive” sites vulnerable to attack by Tehran and its proxy groups in the event of a future war, in a rare revealing of their strategic plans by Iran and its affiliated media outlets.

According to the state-backed Tasnim News Agency, the Al-Mayadeen media network – also backed and funded by the Iranian government – “published a report on the analysis of Israel’s target bank and the sensitive positions of this regime that can be targeted in any war. At the beginning of this report, the general situation of the Zionist regime at the military level and its equipment has been examined.”

The sites that the report listed included the Israeli Knesset, the Prime Minister’s office, the Defence Ministry, nuclear sites and facilities as well as warehouses and industrial sites such as that of the Weizmann Institute of Science in Rehovot and the arms company, Rafael Advanced Defence Systems and the Israel Institute of Technology in Haifa.

Alongside “military and intelligence bases”, it said Iran and its proxies could also target “civilian” airports like Tel-Aviv’s Ben-Gurion International Airport and the Ramon Airport near Eilat. Such attacks could echo reports in May last year that the Palestinian Resistance group, Hamas, targeted Ramon Airport.

Iranian-backed groups, such as the Lebanon-based Hezbollah, have also threatened to attack Israeli infrastructure in previous years, such as gas rigs off the coast and industrial sites near Haifa. In this case, however, it is one of the rare times when Iranian media and affiliated outlets publish so openly about their claimed targets in the event of a war in the future.

According to analysts and reports, the publishing of the list is intended as a message to Tel Aviv, letting it know that Tehran and its proxy militias throughout the region have the capabilities to successfully target those sensitive sites.

Iran has long warned Israel that it has the military capabilities to strike important areas within the small Occupation state, especially in terms of missile reach. Two months ago, a military commander stated that Tehran has developed a long-range drone specifically designed to strike the cities of Tel Aviv and Haifa.

Israel has itself been working to curb that, claiming a month ago that it had eliminated almost 90 per cent of Iran’s military capabilities in Syria through its relentless airstrikes on Iranian and Syrian regime sites in the country.