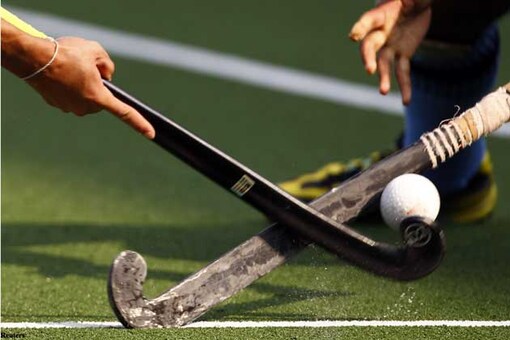 BIRMINGHAM, Jul 31 (APP): Pakistan’s semifinal hopes went down to the wire as they were stunned by New Zealand 4-1 in their second match of the Commonwealth Games in Birmingham on Sunday.
The defeat means they lost two crucial points and will have to win the remaining two games to reserve a semifinal berth.
Both Pakistan and New Zealand remained unable to score in the first quarter of the match. But the black sticks dominated the second quarter, taking full advantage of Pakistan’s key defender Mubashar Ali’s injury, who was cautiously used by the team management in the match.
Mubashar suffered an injury in the first game against South Africa on Saturday when an absolute rocket of a penalty corner from Guise-Brown struck his face mask.
Hugo Inglis scored two back-to-back goals in the 17th and 18th minutes for New Zealand. A few minutes later, Pakistan’s Ghazanfar Ali netted a splendid field goal to put Pakistan back in the game.
Dylan Thomas scored the third goal for New Zealand in the 43rd minute, while in the last minute of the match, Sam Lone scored another goal for his team to make it 4-1.
“Our defence was not at its best today due to Mubashar’s injury. We were compelled to rest him time and again during the match and send his replacements as he was not fully fit. “We also missed our chances to score goals. Our schedule was very tight. Yesterday, we played our first game and today the second one. But there are no excuses for it as we needed to win this match,” team manager Olympian Sameer Hussain told APP.
“They put us on the back foot in the second quarter and we could not really get back into it.
“We were not at our best today. We have to accept that. We will pick ourselves up and try to win the next two matches to qualify for the semifinals,” he added.
Pakistan will take on Scotland on August 3 in their third match before facing six-time Commonwealth Games hockey champions Australia in their last group match on August 4.
The top two teams will move to the semifinals, taking place on August 6. The final will be held on August 8, the last day of the multi-sports event. Hockey has been played at the Commonwealth Games since 1998 and in that first year, it was Australia who dominated, winning gold in both the men’s and women’s competitions. Malaysia men and England women took silver, while England men and New Zealand women won the bronze medals.
Pakistan have never won a gold medal at the Commonwealth Games in the past. Their best performance was during the 2006 event, in Melbourne, when they won the silver medal. Pakistan also won bronze during the 2002 games in Manchester.
The Commonwealth Games has a rich sporting tradition that goes back to 1930. In its earliest edition, the coveted event featured 11 nations and 400 athletes. Now, in its 22nd edition, over 5000 athletes from 72 nations and territories will are participating in the English city of Birmingham in the event known as the Friendly Games.