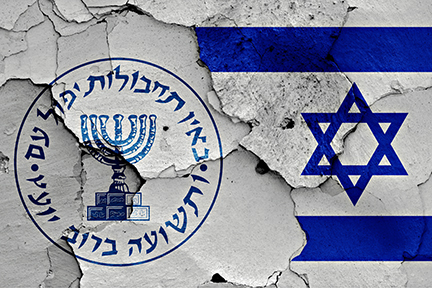 The former head of Israel’s Mossad spy agency, Yossi Cohen, was deported from the Democratic Republic of the Congo in 2019 after he was suspected of planning a coup against the country’s president, Haaretz revealed on Tuesday. Details of the visit have been covered up by the military censor in Israel until now.
Israeli news outlet The Marker said that Cohen was deported by President Felix Tshisekedi personally after his third suspicious visit to the Congo leader’s office. Cohen’s visits on Israel’s behalf were apparently “controversial, problematic and some would even say dubious.”
Two of Cohen’s visits were exposed by Bloomberg in the first instance. It said that he was accompanied by Jewish billionaire Dan Gertler, who is suspected by the British authorities of paying $360 million in exchange for mining rights in the DRC. The US and Swiss authorities suspect Gertler of similar crimes, but Cohen worked to get the US administration to remove the sanctions it imposed on Gertler in late 2017. The sanctions were removed in the last minutes of Donald Trump’s presidency.
According to Bloomberg, Cohen was not invited for any of his visits, and Tshisekedi was always surprised by his presence. While the date of the first visit was not revealed, the second took place on 9 October 2019, when Tshisekedi flew in his presidential plane from the eastern city of Goma to the capital, Kinshasa; his driver and a number of close aides were killed in another plane that took off shortly after his own.
Cohen asked Tshisekedi whether it was in order to advise former President Joseph Kabila on an issue of interest to Israel. Kabila — who is considered to be close to Gertler, from whom he is alleged to have received a bribe — had a complicated political relationship with Tshisekedi at that time.
Haaretz said that Kabila posed a threat to Tshisekedi, the first president to take office after roughly a quarter century in which the Congo was ruled by either Kabila or his father, Laurent Kabila.
A few weeks after the second visit, Cohen made his third trip to the Congo and held an unscheduled meeting with Tshisekedi and some of his staff at his Kinshasa office. “Cohen once again spoke in vague terms about cooperation between the countries,” one source said. “But Tshisekedi was out of patience.”
Haaretz reported that: “At one point, Tshisekedi asked his staff to leave the room so he could be alone with Cohen. At the end of their brief conversation, Cohen was told to go directly to the airport, escorted by local security forces, and leave the country and not return. The Mossad chief was thus effectively deported – an unprecedented and humiliating step – following a series of unscheduled meetings.”