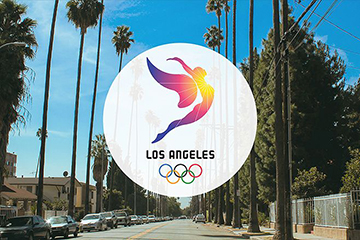 LOS ANGELES, July 18 (Xinhua/APP) –: The Opening Ceremony of the Los Angeles 2028 Summer Olympic Games is set for July 14th, 2028, with the Games running through July 30, organizers of the 2028 Olympic and Paralympic events announced on Monday.
In addition, the 2028 Los Angeles Paralympic Games will kick off August 15, 2028, and close August 27, said LA28, the Los Angeles Organizing Committee for the Olympic and Paralympic Games 2028.
“Today marks the official countdown to the LA28 Olympic and Paralympic Games,” said five-time Olympic medalist and LA28 Chief Athlete Officer Janet Evans in a statement.
“The LA28 Games will be unlike any other, showcasing the best of Southern California’s exceptional stadiums and world-class culture to athletes and fans alike. This milestone makes the Games real for every athlete actively training for their LA28 dream and the fans who follow the journey,” Evans added.
“LA is an ambitious city of endless possibilities and the Games will reflect our community,” said LA28 Chairperson Casey Wasserman in the statement, noting that Los Angeles will provide the perfect backdrop to host the biggest cultural, sporting and entertainment event in the world.