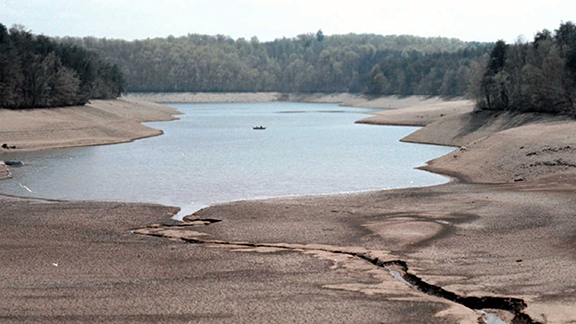 Persistent drought in the Canadian province of British Columbia has prompted the local energy regulator to ration water use in the oil and gas industry and suspend some permits to firms for drawing water from rivers and lakes.

CBC News reports that the BC Oil and Gas Commission (BCOGC) suspended on Thursday as many as 20 water permits previously granted to 12 oil and gas firms in several areas.

“Low stream conditions are escalating concerns for impacts to fish, aquatic resources, and community supply,” the B.C. energy regulator wrote in a directive to the energy industry.

Meteorologists have declared level 3 drought conditions in parts of northeastern British Columbia, and according to experts and the BCOGC, water levels are expected to continue dropping in the coming weeks.

Rainfall has been scarce since early July, and drought conditions are expected to persist through September, CBC meteorologist Johanna Wagstaffe says.

The energy regulator is also monitoring other rivers and lakes, and could suspend additional permits in the near future if levels drop too low. The BCOGC will help the energy firms “identify options for alternative short-term water supply.”

The previous such suspension was in 2019 when the B.C. energy regulator suspended water drawing for a month because of a drought.

This year, drought conditions in the northern hemisphere have tightened the energy markets in Europe and China just as the EU grapples with a worsening energy crisis. A combination of record-breaking natural gas prices, rising coal prices, and droughts across Europe puts the EU electricity market under massive pressure.

China imposed last month shutdowns on industrial production in the Sichuan province as heatwaves and extreme drought in its southwestern regions boosted electricity demand while reducing hydropower production in the largest hydropower-generating province. In Sichuan, hydropower generation from the Yangtze River was falling, and factories were closing to ease the pressure on the grids.