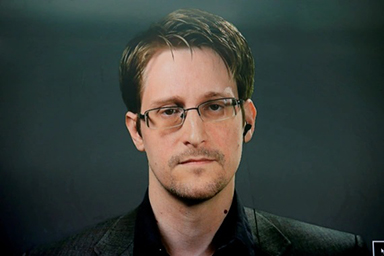 According to Snowden’s lawyer, Anatoly Kucherena, who spoke with Interfax on Friday, the whistleblower has also taken an oath mandated by law in order to become a full-fledged Russian citizen.

Kucherena noted that since Snowden now holds a Russian passport, he cannot be legally extradited to any foreign state seeking charges against him. In the US, where he stands accused of espionage and theft of state property.

When Snowden was granted citizenship in late September, concerns were raised that the whistleblower could now be drafted into the Russian army and sent to fight in Ukraine. His lawyer, however, has explained that although Snowden is now technically a Russian citizen of military age, he is not eligible for mobilization because he has never served in the Russian army.

In 2013, Snowden leaked a massive trove of classified documents revealing the NSA’s sprawling surveillance operations, which targeted American civilians and collected their electronic communication data and phone records. His revelations launched nation-wide debates about government surveillance and led the US appeals court to declare the NSA’s program unlawful.

When the leaked files were posted in a number of media outlets, Washington promptly revoked Snowden’s US citizenship, making him a de facto stateless individual. He initially tried to flee from Hong Kong to Latin America, but got stranded during a layover in Moscow’s Sheremetyevo airport, where he ended up living for over a month. Ultimately he was granted asylum in Russia, where he has remained to this day.

In 2017, Snowden married American acrobat and blogger Lindsay Mills in Moscow. The two have since had a child, who has automatically received Russian citizenship. Kucherena says that Mills is now also gathering documents to apply for a Russian passport.