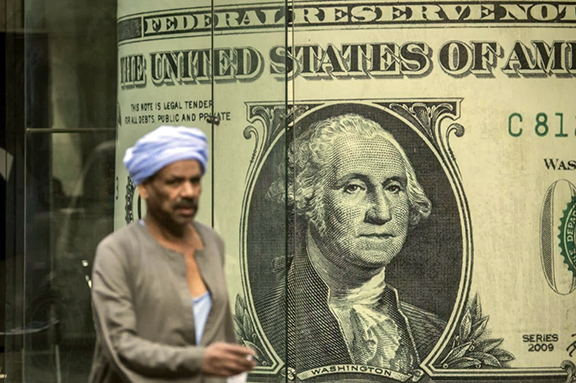 The Banque Misr and the National Bank of Egypt, the two largest state-owned banks in Egypt, on Saturday decided to double the interest rate on US dollar saving certificates to about 5.5 per cent, up from about 2.25 per cent. The new rate came into effect yesterday.

The National Bank of Egypt said the new interest rate will apply for saving certificates of three, five and seven years and returns would range between five and 5.5 per cent, depending on the certificate duration.

For its part, Banque Misr announced that it will raise the rate on US dollar certificates for periods of three, five and seven years to about 5.3 per cent, up from 2.25 per cent.

Sources in local banks said the Central Bank had directed the banks to prepare for launching new financial derivative tools for clients to protect them against the risks of fluctuation in the currency exchange rate.

Egypt suffers from an acute shortage of foreign currency, which prompted the government to dim lighting in city squares and to close shops and malls earlier to save on energy.

The Egyptian pound has lost 24.8 per cent of its value against the US dollar so far this year.