Embassy of the Philippines in Pakistan celebrates ‘Kadayawan Festival’ 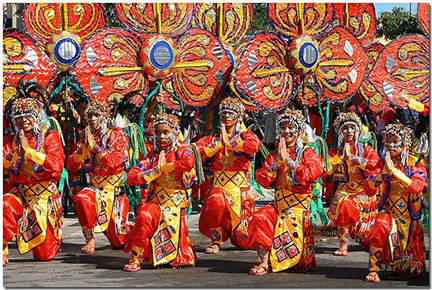 ISLAMABAD, Sep 24 (APP): The Embassy of the Republic of the Philippines in Pakistan on Saturday celebrated the ‘Kadayawan Festival’ at the Chancery of the Embassy for the diplomatic corps and other guests.
The event was celebrated as the Kadayawan Festival at the Domingo Lucenario Hall, Chancery of the Embassy of the Philippines in Islamabad, through a watch party and on-the-spot making of a Puto Maya (Rice cake) and Sikwate (native Philippine chocolate), for members of the Diplomatic Corps and other guests.
The Kadayawan festival, the main festival of Davao City located in the Southern Philippines, is held every August and is a celebration of life, a thanksgiving for the gifts of nature, the wealth of culture, the bounties of harvest, and the serenity of living.
The program was hosted by Ms. Sumaira Domasig Khan-Bagaporo, spouse of the Embassy’s Officer-in-Charge, Mr. Dan Erwin C. Bagaporo.
In her welcome remarks, Ms. Khan-Bagaporo, the host of the program, likened the Kadayawan festival to a celebration of a mother providing food for her children, in the same way that nature provides food for all people.
She mentioned that as we give thanks for the blessing of food, family and joy, we keep to heart the practice of not wasting such blessings and give importance to the conservation and appropriate use of what we are given.
The event started with a watch-party that featured a short video of the actual Kadayawan Festival celebration in Davao City, followed by an instructional video on how to make Puto Maya and Sikwate.
All the Participants were then called to the front to do a live demonstration and plate their own version of Puto Maya using the provided pre-cooked rice and banana leaves. A contest was held to see which participant or pair of participants was able to make the best designed puto maya plate, with the participants voting for who they think was the best designed plate amongst themselves.
Mr. Abdul Osman Mubdi, the Acting High Commissioner of Brunei, won first place with his Japanese-inspired design that resembled a plate of sushi.
Mr. Peter Piwi Ophoff and Ms. Saraswathi Pasupathy, won second place with their design which paid homage to the volcanoes in the Philippines.
Mr. Gaurav Thakur from the Indian High Commission, Ms. Emilia Deddy from the Malaysian High Commission, and the pair of Ms. Henny Lydia from Indonesian Embassy and Ms. Nurhaziqah Hakip, all tied for third place.
The event was attended by diplomats from the High Commissions of Malaysia, Australia, Brunei, Mauritius and India, and from the Embassies of Indonesia, the International Federation of the Red Cross and Red Crescent Societies (IFRC), and the Philippine Embassy’s media partners.
Native Filipino food such as tokneneng (coated chicken egg), fishballs, tofu sisig, chicken barbeque, biko (rice cake), pandesal (Filipino bread) with cheese pimiento spread, sago’t gulaman, were also served, along with Puto-maya and Sikwate.
The Philippine Embassy’s Kadayawan Festival is part of the Fiestas Filipinas program held all year round by the Philippine Foreign Service.
The program facilitates the celebration of one Philippine festival each month abroad, and is currently in its second season.