England orders all poultry and captive birds to be kept indoors 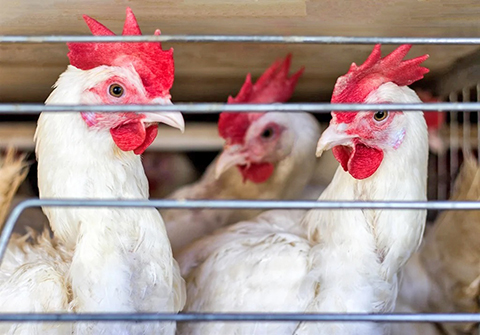 London, Oct 31 (AFP/APP): All poultry and captive birds in England must be kept indoors from November 7, the UK government said Monday in a bid to contain a devastating outbreak of avian influenza.
“We are now facing, this year, the largest ever outbreak of bird flu and are seeing a rapid escalation in the number of cases on commercial farms and in backyard birds across England,” Britain’s chief veterinary officer Christine Middlemiss said in a statement.
“The risk of kept birds being exposed to disease has reached a point where it is now necessary for all birds to be housed until further notice,” she said.
From November 7, the policy will extend existing restrictions that have been in place in eastern England, covering Suffolk, Norfolk, and parts of Essex.
Those counties all face continental Europe, where the disease has already forced curbs on the movement of poultry.
Millions of wild birds have been killed by the current outbreak of avian flu, and millions have also been culled by authorities across Europe to try to limit its spread.
For now, the confinement policy applies only to England.
The other parts of the UK — Scotland, Wales, and Northern Ireland — set their own health policies but have followed such moves in England in the past.
It means that “free-range” eggs will no longer be available but authorities hope to protect the supply of Christmas turkeys.
“Scrupulous biosecurity and separating flocks in all ways from wild birds remain the best form of defence,” Middlemiss said.
“This decision has not been taken lightly, but is the best way to protect your birds from this highly infectious disease.”
The UK government has confirmed 200 avian flu cases over the past 12 months, and on Friday announced more compensation for affected poultry farmers and producers.
But health experts say that avian flu poses a very low risk for humans, stressing that properly cooked poultry and products, such as eggs, are safe to eat.