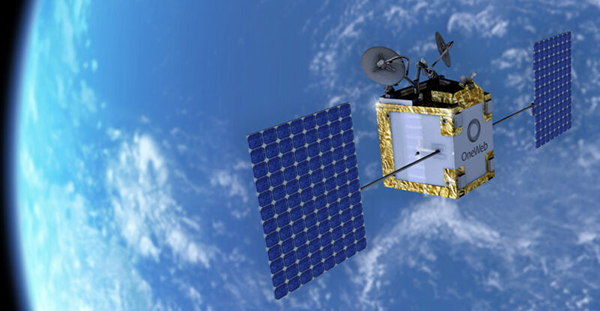 Paris, July 25 (AFP/APP): French satellite operator Eutelsat said on Monday it was in talks with British counterpart OneWeb for a tie-up to create a “global champion” in broadband internet, rivalling US services like Elon Musk’s Starlink.
Satellite broadband promises to bring coverage to the most remote areas of the planet by doing away with the need for antennas and other infrastructure.
It will also supply internet on commercial aircraft and to products like connected cars.
While Starlink heads the market with more than 2,000 tiny satellites orbiting just a few hundred kilometres above the Earth, OneWeb has 428 low-orbiting satellites.
Eutelsat already provides some internet services through a deal with telecoms firm Orange, but its network of 35 larger satellites orbit thousands of kilometres from Earth and are more commonly used for TV and other communications.
Eutelsat said the tie-up with OneWeb, if it goes through, would be the first of its kind allying lower and higher orbiting satellites.
The French firm said it would be “uniquely positioned” to exploit a market that it expected to be worth $16 billion by 2030.
The “potential all-share combination” would “create a global leader in connectivity”, Eutelsat said in a statement.

However, the European firms face stiff competition.
Musk is not the only tech billionaire with plans to dominate the market — Amazon founder Jeff Bezos recently announced he intended to launch some 3,200 satellites.
Money is pouring into the sector, with Bezos apparently pledging $10 billion to his so-called Project Kuiper.
Public institutions are also looking to get in on the act.
China has a plan to launch a constellation of 13,000 satellites called Guowang and the European Union wants to deploy roughly 250 by 2024.
EU Internal Market Commissioner Thierry Breton said the satellites would help eliminates gaps in coverage, offer redundancy in case of cyberattacks on ground networks as well as providing for encrypted communications of European governments.
“Low orbit constellations are a market which could potentially become strategic for governments,” said Romain Pierredon, an analyst at independent equity analysis firm AlphaValue.
He said national security interests were coming to the forefront in numerous industries, pointing to semiconductors.
“The goal is not to become dependent upon anyone, thus Europe is potentially a big client for OneWeb,” he added.
And the French and British governments are both involved in the potential merger — the UK owns a stake in OneWeb and a state-run French investment bank owns almost 20 percent of Eutelsat.
The UK’s Financial Times newspaper reported that both governments would have board seats at the new company.
The transaction would represent a “logical next step in the successful partnership”, said the French firm, highlighting that it already owned 20 percent of OneWeb.
The potential deal has several hurdles to clear though, including the need to be approved by Eutelsat shareholders and regulators.
“There can be no assurance that these discussions will result in any agreement,” said the French firm.
Eutelsat’s shares plunged 18 percent on the Paris stock exchange.