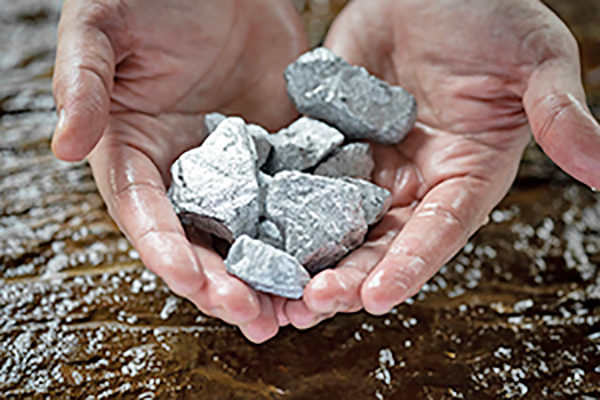 Kiruna, Sweden, Jan 12 (AFP/APP): Europe’s largest known deposit of rare earth elements, essential for the manufacturing of electric vehicles, has been discovered in Sweden’s far north, boosting Europe’s hopes of cutting its dependence on China.
Swedish mining group LKAB said Thursday the newly-explored deposit, found right next to its iron ore mine, contained more than one million tonnes of rare earth oxides.
“This is the largest known deposit of rare earth elements in our part of the world, and it could become a significant building block for producing the critical raw materials that are absolutely crucial to enable the green transition,” LKAB’s chief executive Jan Mostrom said in a statement.
“We face a supply problem. Without mines, there can be no electric vehicles,” Mostrom added.
While the find is believed to be the biggest in Europe, it remains small on a global scale, representing less than one percent of the 120 million tonnes estimated worldwide by the US Geological Survey.
In 2021, the European Commission said that 98 percent of the rare earth used in the EU was imported from China, prompting Brussels to urge member states to develop their own extraction capacities.
LKAB’s find was presented as a delegation from the European Commission visited Sweden, which took over the rotating EU presidency at the start of the year.
“Today, the EU is way too dependent on other countries for these materials,” Swedish Energy Minister Ebba Busch told a press conference, pointing specifically to Russia and China.
“This must change. We must take responsibility for the raw material supply needed for the (green) transition,” she added.