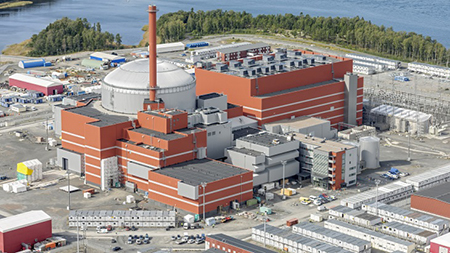 The unit, which became earlier this week the single largest electricity generation unit in Finland by capacity when it was raised to 951 MW, has been in a test production mode over the past weeks.

The plant unit was connected to the national grid in March 2022. After the test production phase, regular electricity production is expected to start in December 2022, operator Teollisuuden Voima Oyj says.

During the test phase earlier this week, the newest nuclear reactor unit in Europe failed to reach the 1,000 MW threshold and failed, thus forcing Finland to fire up two fossil fuel-powered backup plants in order to maintain grid balance and avoid power shortages.

The situation occurred due to “a lack of production and adjustment capacity,” the Finnish grid operator, Fingrid, said on Thursday.

Last month, the grid operator warned that Finland should be prepared for possible power outages this winter in case of shortfalls in electricity supply, in yet another warning of an energy crunch in Europe after gas supplies from Russia were curtailed.

“The war in Europe and the exceptional situation on the energy market have increased uncertainties related to the availability of electricity. As a result of the great uncertainties, Finns should be prepared for power outages caused by possible electricity shortages this coming winter,” Fingrid said at the end of August.

Exceptional circumstances and a return to oil-fired power plants across Europe are only set to become more frequent after the recent cut-off of all Russian gas flows via the Nord Stream pipeline to Germany and the coming winter and peak heating demand in Europe.