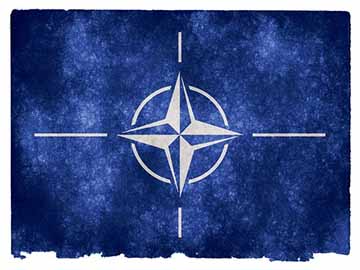 Taipei: Former NATO secretary general Anders Fogh Rasmussen arrived in Taiwan on Tuesday, where he will meet with the island’s president, Tsai Ing-wen. The trip takes place amid a row between Beijing and Washington, which accuse each other of stoking tensions in the region.

Rasmussen, a former Danish prime minister who led NATO between 2009 and 2014, was greeted on arrival by Vincent Yao, Taipei’s top official responsible for European affairs.

He is also scheduled to meet with Vice President Lai Ching-te and Foreign Minister Joseph Wu, according to the island’s Foreign Ministry.

Rasmussen founded the Alliance of Democracies (AoD) think tank in 2017. “The visit will focus on support from the democratic world for Taiwan and closer EU-Taiwan relations,” the group said in a statement on its website.

Beijing considers Taiwan, which has had a separate government since the late 1940s, part of its territory and strongly opposes any forms of diplomatic recognition of Taipei.

In August, China protested over the visit of US House of Representatives leader Nancy Pelosi to Taiwan and responded by launching combined military exercises around the island. The US and the Taiwanese government, in turn, have accused Beijing of coercive behavior.

Last Friday, the US and China accused each other of reckless maneuvers in the South China Sea. The US Indo-Pacific Command reported that a Chinese J-11 jet fighter flew dangerously close to its RC-135 reconnaissance aircraft. Beijing, meanwhile, claimed that the US plane was responsible for the incident.

Denmark follows the ‘One-China policy’, refraining from formally recognizing Taiwan as an independent state. Foreign Minister Lars Lokke Rasmussen said on December 30 that the government does not interfere in the travel plans of former politicians. “Such visits do not change the fact that it is the government that leads the country’s foreign policy,” the minister said. “Denmark has good trade relations with Taiwan, but, at the same time, our One-China policy is firm.”

In an interview with Newsweek magazine in October, the former NATO chief suggested that “Russia’s attack against Ukraine has postponed the timing of a possible Chinese attack on Taiwan.” China has repeatedly stated that it would prefer “peaceful reunification” with Taiwan, but has warned that it still reserves “other options.”