Extreme weather caused $165 billion in US damage in 2022: officials 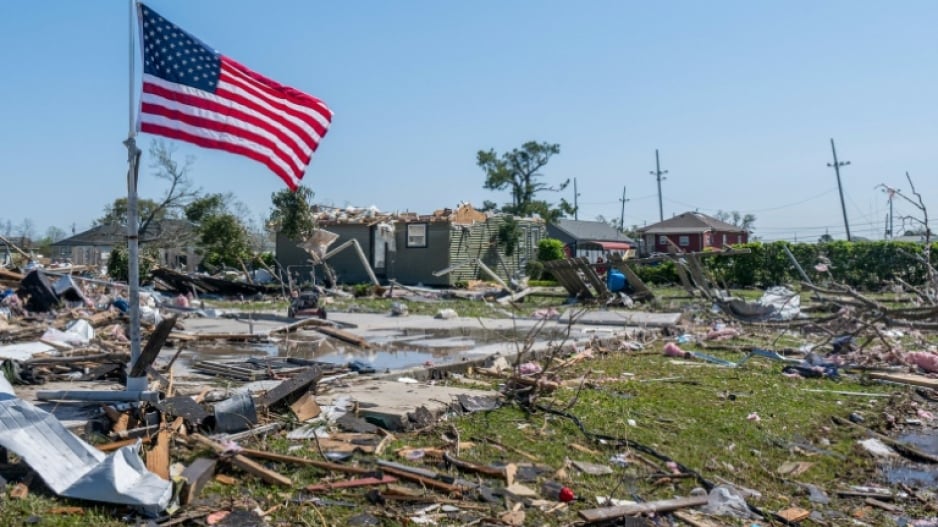 Washington, Jan 10 (AFP/APP): Major hurricanes, wildfires, tornadoes, drought, and a fierce winter storm caused more than $165 billion in damage in the United States last year with climate change “supercharging” some extreme weather, a US government report said Tuesday.
The country experienced 18 separate billion-dollar weather and climate disasters in 2022, the National Oceanic and Atmospheric Administration (NOAA) said, with Hurricane Ian the most costly at nearly $113 billion.
NOAA’s National Centers for Environmental Information (NCEI) said in a year-end report that 2022 tied 2017 and 2011 for the most billion-dollar disasters in a calendar year, behind the 22 and 20 separate billion-dollar events of 2020 and 2021.
The increasing number of extreme events “hints that the extremely high activity of recent years is becoming the new normal,” the NCEI said.
With a major disasters price tag of more than $165 billion, 2022 ranked third in total costs behind 2017 (hurricanes Harvey and Irma) and 2005 (hurricane Katrina), the NCEI said, and the figure could rise when the impact of a winter storm that hit the central and eastern US in December is fully factored in.
The report noted that the figures do not reflect the total cost of last year’s US weather and climate events, only those associated with major disasters that each caused more than $1 billion in damages.
The billion-dollar events accounted for about 85 percent of the total damage from all recorded US weather and climate events in 2022, it said.
Hurricane Ian, which ravaged Florida in September, was far and away the most costly, causing $112.9 billion in damage and 152 deaths.
A summer heat wave and drought which gripped large parts of the central and western United States was next, causing $22.2 billion in damage, 136 deaths, and leaving reservoirs such as Lake Mead severely depleted.
Other weather and climate disasters included wildfires in the western US and Alaska, flooding in Missouri and Kentucky, tornadoes across the southern and southeastern US, and the December winter storm.
The 18 billion-dollar events resulted in at least 474 direct or indirect fatalities, the seventh most since 1980.
The number and cost of weather and climate disasters were increasing, the NCEI said, due to a number of factors including increased settlement in vulnerable areas like coasts and river floodplains.
“Climate change is also supercharging the increasing frequency and intensity of certain types of extreme weather that lead to billion-dollar disasters,” it said.
This is characterized by rising vulnerability to drought, lengthening wildfire seasons, flooding caused by heavy rainfall, and hurricane storm surge worsened by sea level rise.

The NCEI said Category 4 or 5 hurricanes have made landfall in the United States in five of the last six years, the most frequent impacts on record.
It said 2022 was the eighth consecutive year in which 10 or more separate billion-dollar disaster events have hit the United States, up from an average of 7.9 events between 1980 and 2022.
In a recent report, the UK-based charity Christian Aid also listed Hurricane Ian as the most costly weather event in a year that also saw devastating floods in Australia, parts of Africa, China, and Pakistan and a severe summer heatwave and drought in Europe.
The European Union’s climate monitoring service said Tuesday that average temperatures across 2022 made it the fifth warmest year since records began in the 19th century.
The Copernicus Climate Change Service said the last eight years were the warmest on record even with the cooling influence of a La Nina weather pattern since 2020.
“2022 was yet another year of climate extremes across Europe and globally,” said Samantha Burgess, deputy head of Copernicus. “These events highlight that we are already experiencing the devastating consequences of our warming world.”