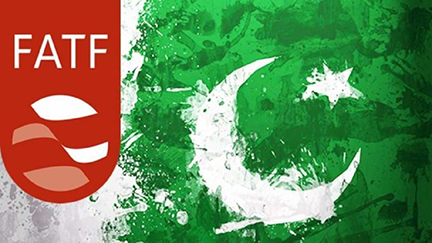 The Financial Action Task Force (FATF), a global money laundering and terrorism financing watchdog, on Friday removed Pakistan from a list of countries under “increased monitoring”, also known as the “grey list”.

Addressing the press conference at the conclusion of its plenary, FATF President Raja Kumar noted that Pakistan had been on the grey list since 2018.

“It has two concurrent action plans. After a lot of work by Pakistani authorities, they have largely addressed all of the action plan items,” he said.

He stated that the task force had conducted an onsite visit at the end of August. The onsite team verified that there is a high-level of commitment from the Pakistani leadership, sustainability of reforms and commitment to make improvements in the future, he said.

“As a result of these action plans, Pakistan has made significant improvements to strengthen the effectiveness of this framework for combating terrorism financing.”

“As a result of this, Pakistan has been removed from the increased monitoring list,” he said.

In its handout, the FATF stated that it welcomed Pakistan’s “significant progress” in improving its anti-money laundering and combating financing terror (AML/CFT) regime.

“Pakistan has strengthened the effectiveness of its AML/CFT regime and addressed technical deficiencies to meet the commitments of its action plans regarding strategic deficiencies that the FATF identified in June 2018 and June 2021, the latter of which was completed in advance of the deadlines, encompassing 34 action items in total.

“Pakistan is, therefore, no longer subject to the FATF’s increased monitoring process,” the handout said, adding that the country would continue to work with the Asia-Pacific Group to further improve its AML/CFT system.