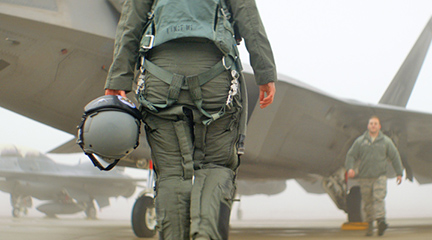 A former American military pilot and flight instructor was arrested last week in Australia, and now faces extradition to the US, Reuters reported on Tuesday. It is unclear what kind of charges the man is facing, but sources say he was detained due to his past work in China.

A spokesman for the Office of the Attorney General in Washington confirmed that an individual was arrested in New South Wales on Friday “pursuant to a request from the United States of America,” but did not name the individual as Duggan. An “aviation source” told Reuters that Duggan was wanted by the FBI due to his work in China.

Duggan, described in the report as a “former US citizen” and current citizen of Australia, served as a pilot and flight instructor in the US Marine Corps for a decade, before moving to Australia and starting a business taking tourists on flights in fighter jets.

Duggan reportedly moved to China in 2014 and sold his Australian business shortly afterwards. He founded “a comprehensive aviation consultancy company” in 2017, and worked in Qingdao, China until the firm’s dissolution in 2020, according to his LinkedIn profile.

It is unclear whether the US has accused Duggan of working with the Chinese government or military, or whether espionage charges are among those being considered.

News of the pilot’s arrest came days after multiple Western media outlets reported China’s hiring of some 30 veteran British military pilots to teach trainees in the People’s Liberation Army. The practice is legal, but British defense officials are still concerned enough that they issued a “threat alert,” warning current and former pilots to steer clear of the recruitment scheme.

Beijing reportedly pays the pilots $270,000 a year, around twice as much as the Royal Air Force pays its most senior commanders, and four times what it pays an experienced squadron leader. The RAF has also reportedly restricted the hiring of white male pilots to meet diversity targets, and shortages of aircraft and instructors are pushing qualified fliers into jobs in the private sector.