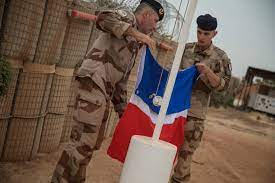 The French military announced on 15 August that it has completed its withdrawal from Mali, saying the last unit from its main base at Gao had crossed into Niger earlier that day.

It said that the “major logistical challenge” was completed in less than six months after it was ordered by President Emmanuel Macron on 17 February and stressed that it remained committed to fighting terrorism in the Sahel in close coordination with its African partners.

The decision to withdraw from Mali was prompted by successive coups in Bamako in 2020 and 2021 and the resulting military-led transitional government’s decision to turn to Russia for support. Meanwhile, there has been growing popular resentment of the French military presence and the perceived lack of progress it had made against the various militant groups operating in Mali since the intervention to stabilise the country in 2013.