From Shetlands to Azores, Europe’s space race takes off 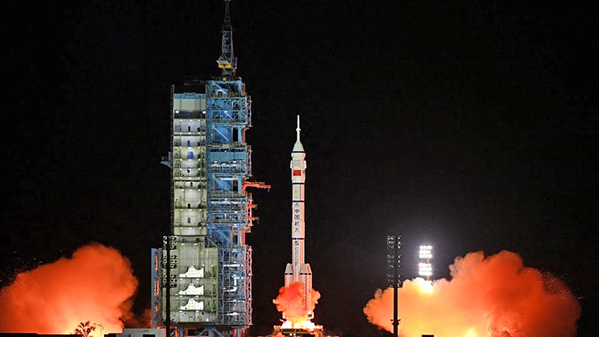 Paris, Dec 8 (AFP/APP): Projects to develop space centers that can launch satellites into Earth’s orbit are sprouting up around Europe, amid the soaring popularity of small rockets and the commercialization of space.
By the end of this year, Spanish start-up PLD Space expects to launch its Miura-1 mini-rocket from the El Arenosillo site in the southern region of Andalusia.
Satellites will also be launched “in the coming weeks for the first time in the UK”, Britain’s Innovation Minister George Freeman announced last month, with the first-ever Virgin Orbit rocket to be released from a repurposed Boeing 747 taking off from Cornwall.
While Sweden has for decades been home to the Esrange spaceport near Kiruna in the country’s far north, and Norway has had its own space centre on Andoya island, other spaceport projects are popping up on the continent.
The UK has two, in addition to “Spaceport Cornwall”, including a base in Sutherland, northern Scotland, where Britain’s Orbex plans to run its future launches.
The other is in SaxaVord, in the Shetland Islands, where French group Latitude and US group Astra Space plan to launch their small rockets.
Other projects are underway in Iceland, Portugal’s Azores, the Canary Islands and the North Sea, where a German consortium plans to launch small satellites from a ship.
“We’re seeing a proliferation of space bases in Europe,” said Marie-Anne Clair, the head of the Guiana Space Centre in Kourou, French Guiana.
“The commercial aspect is real: there is also an abundance of micro-satellites which will require missions from micro-launchers,” she told AFP.
For a long time, satellites were primarily used for institutional missions by national space agencies which had their own launch pads.
But the market has now exploded with the emergence of small start-ups, modern technology making both rockets and satellites smaller, and the rapidly growing number of applications for satellites.
Some 18,500 small satellites — those weighing less than 500 kilograms (1,100 pounds) — are expected to be launched between 2022 and 2031, compared to 4,600 in the previous decade.
That amounts to a tonne of material sent into space each day for the next 10 years, according to specialist consultants Euroconsult.
Launch services are expected to almost quadruple their sales by 2031 to $28.4 billion. Nowadays, most of Europe’s spaceport projects are private sector initiatives.
The geographic location of a launching pad is crucial, with sparsely populated areas required in case of problems with the launch.
In addition, launching rockets closer to Europe’s production sites avoids long and costly transportation to distant launch sites, which is bound to appeal to customers.
In astronautics, it is only possible to launch north of one’s position.
Positioned near the Equator, Kourou in South America “can launch in all orbits” but “to launch satellites only in polar orbit, with northern latitudes like Sweden, Norway or northern Scotland, you’re well positioned”, explained Marie-Anne Clair.
A large number of projects involving small satellites are designed to observe Earth, which requires a polar orbit: The satellite is launched toward the North Pole, then orbits between the two poles, providing a full sweep of the planet.
It remains to be seen whether the numerous mini-launcher and spaceport projects will be profitable.
“There are a lot of projects, some will succeed, others won’t,” Clair said.
The Kourou base, where the Ariane rockets are launched, is also vying for its share of the European market.
The French space agency CNES has invested 50 million euros ($52 million) to refurbish the old Diamant-1 launch pad in Kourou to be able to accommodate mini- and micro-rockets.
Chris Kemp, the head of the US launch services company Astra Space, welcomed the move.
“The more spaceports available, the more chances to have access to space we get.”