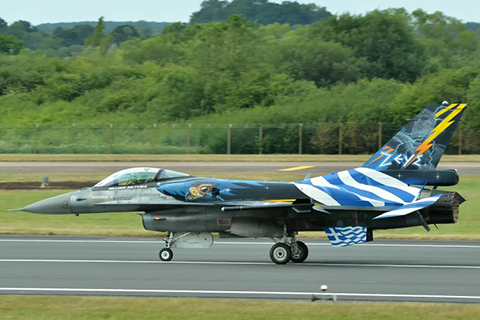 According to AFP, Israel’s Elbit will help operate the facility, located at an airbase outside the southern Greek city of Kalamata.

Greece, AFP reported, is conducting an armed forces modernisation programme, mostly focused on its air force, as it hopes to overtake Turkiye.

The training school began operations on Friday with 14 of an expected 25 T-6 single-engine turboprop aircraft, but the fleet is scheduled to expand next year with the delivery of 19 Italian-built M-346 training jets.

As reported by AFP, the Italian M-346 jets are equipped with embedded virtual avionics simulating combat and flight scenarios.

The country, which is at odds with its neighbour Turkiye, is acquiring advanced French Rafale jets, upgrading its ageing fleet of F-16 fighter jets and looking to join the US F-35 jet programme, AFP disclosed.

Meanwhile, Turkiye, after buying the Russian S-400 air defence system, was dropped from the F-35 programme.

Major General Georgios Vagenas, commander of the Hellenic Air Force Training Command, shared: “These facilities will prepare fighter squadrons for the generation of fighter jets that the Air Force has recently acquired.”

He added: “It will be the main mechanism to counter threats… coming from our neighbour to the east,” hinting at Turkiye.

While the flight school officially opened on Friday, it will only be fully operational in early 2024, AFP reported Elbit officials saying.

Both Greece and Turkiye are NATO members, and the reasons behind their differences are the maritime borders, as well as Greek military presence in the eastern islands, in violation of international treaties.