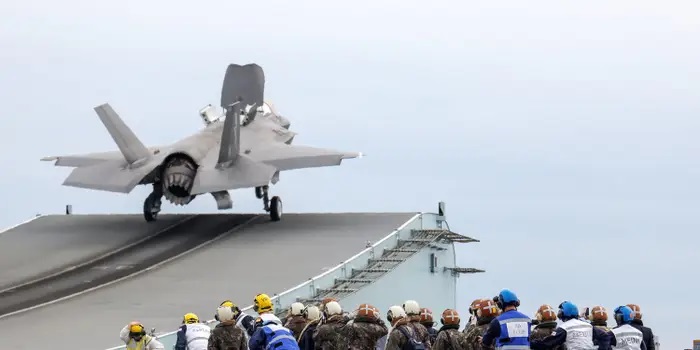 The interim report into the loss of the short take-off and vertical landing (STOVL) F-35B from HMS Queen Elizabeth states that, “while the investigation is ongoing, the service inquiry panel is now confident that the cause was not related to an aircraft technical issue but was most likely caused by human, organisational, and procedural factors”.

Aircraft ZM152 from the Royal Air Force’s (RAF’s) 617 Squadron was lost during operations from Queen Elizabeth in the eastern Mediterranean Sea. As subsequently leaked CCTV footage showed, the aircraft appeared to fall off the end of the ship’s launch ramp after seemingly losing power to its single Pratt & Whitney F135 engine. The pilot ejected and was recovered shortly after.