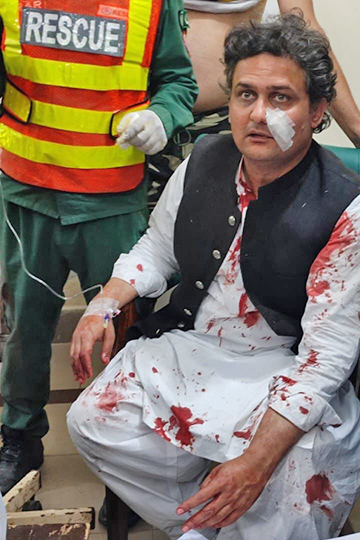 WAZIRABAD: – During the Pakistan Tehreek-e-Insaf’s (PTI) long march reception camp at Allahwala Chowk in Gujranwala, a firing took place near the container of the PTI chairman Imran Khan.

According to the details, PTI’s long march is currently moving towards Wazirabad and its next destination is to hold a rally in the city, and during march unidentified assailants opened fire on PTI chairman Imran Khan’s container near the Allah Ho Chowk in Wazirabad.

Due to the firing, five persons were injured and were immediately shifted to a local hospital for treatment.

While PTI leader Azhar Mashwani has said the culprit has been arrested.