India assumes UNSC’s presidency for December; faces a question about the decline in democracy 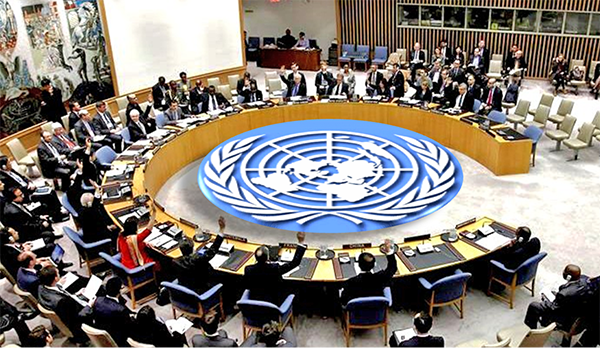 UNITED NATIONS: India took over the rotating presidency of the UN Security Council Thursday for December — the month this South Asian country will also complete its two-year term as a non-permanent member of the 15-nation body.

It is the second time India has held the council ‘s presidency, which rotates on a monthly basis in alphabetical order. In August 2021, the then Indian Ambassador T.S. Tirumurti, now retired, misused his powers as president to deny Pakistan, which is not a Council member, its right to participate in a debate on the situation in Afghanistan.

Pakistani Ambassador Munir Akram reacted sharply to the Indian move to block Pakistan, saying, “India’s partisan and obstructionist action is a manifestation of its hatred for Pakistan…”

At a press conference to outline the programme of work for the month, India’s Ambassador Ruchira Kamboj said that her country will host “signature events” on countering terrorism and renewed orientation for reformed multilateralism.

She said Indian External Affairs Minister S. Jaishankar will travel to New York to preside over the debates in mid-December.

In her remarks to reporters, Ms. Kamboj highlighted India’s democratic credential and its role as a “bridge builder” in international affairs, but appeared irritated when a correspondent questioned about the decline in democracy and press freedom under the present government. “We don’t need to be told what to do on democracy,” the Indian envoy retorted.

In India, she added, democracy had roots going back to 2500 years. “Coming down to very recent times, we have all the pillars of democracy that are intact– legislature, executive, judiciary and the fourth estate, the press. And a very vibrant social media. So the country is the world’s largest democracy, Ms. Kamboj claimed.

“Every five years we conduct the world’s largest democratic exercise,” she said.

“Everyone is free to say as they wish and please and that is how our country functions. It’s rapidly reforming, transforming and changing. And the trajectory has been very impressive. And I don’t have to say this, you don’t have to listen to me. Others are saying this,” Ms. Kamboj added.