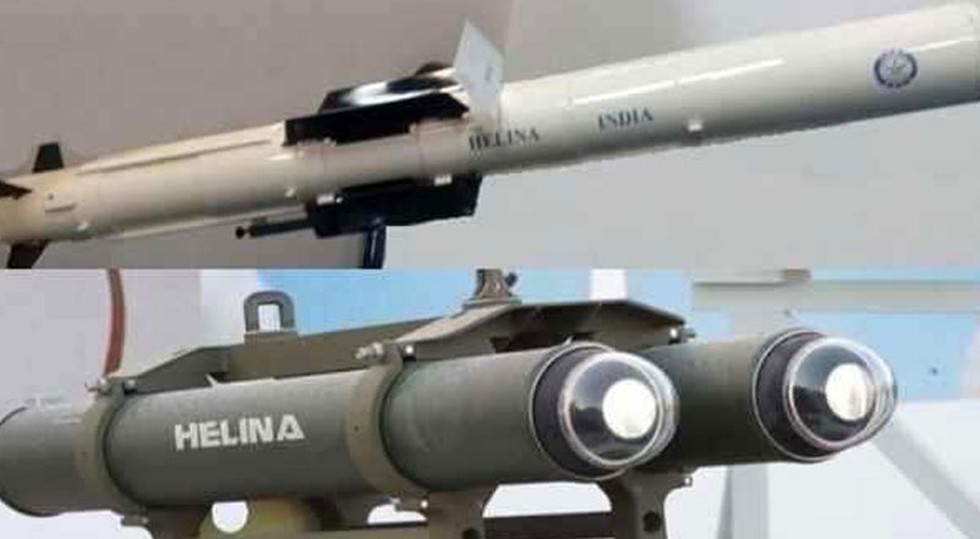 The approved projects are for Helina anti-tank guided missiles; very short-range air defense systems for the Army; and the Brahmos missile launcher and a fire control system for Navy ships.

A meeting of the Defence Acquisition Council on Jan. 10, chaired by Defence Minister Rajnath Singh, granted a so-called acceptance of the necessity for three capital acquisition proposals, the Ministry of Defence said. The announcement did not provide quantities nor costs for each program, and the ministry did not respond to a request for comment.

The purchase of the weapons systems will fall under the Buy Indian IDDM procurement category. According to the ministry, this category requires the procurement of arms from an Indian vendor that was indigenously designed, developed, and manufactured while containing at least 50% locally made technology.

An acceptance of necessity in India is essentially fiscal approval that paves the way for tenders, which lead to the purchase of new arms and related equipment.

The Halina missiles, launchers, and associated support equipment are to be integrated into advanced light helicopters. The Helina is a third-generation fire-and-forget system with a 7-kilometer (4-mile) range. The state-run Defence Research and Development Organisation develop the system, which can engage targets via direct- or top-attack mode. The launcher can operate in all weather conditions during the day and night, while the missiles are used to defeat battle tanks with conventional and explosive reactive armor.

The state-run firm Bharat Dynamics Ltd. produces the land-attack version of the missile, called Nag, through technology transfer from DRDO.

DRDO said Bharat Dynamics will serve as the production agency for Helina anti-tank guided missiles. Work on the weapons began about a decade ago, and they will likely be delivered in 2026.

Rajiv Chib, a partner at Insighteon Consulting, said each Helina missile is expected to cost 10 million rupees, with an initial requirement of about 500 missiles. “However, DRDO needs to ensure that the missile comes out with a warhead-penetration capability of 1,100-1,300 millimeters of armor,” Chib added.

India also plans to buy an unspecified number of DRDO-developed very short-range air defense weapons featuring infrared-homing missile systems that can shoot down aerial targets at a range of up to 7 kilometers.

“In view of the recent developments along the Northern borders there is a need to focus on effective air defence weapon systems which are man-portable and can be deployed quickly in rugged terrain and maritime domain,” the ministry said, likely referring to clashes with Chinese forces.

A member of the Society of Indian Defence Manufacturers, a local trade association, said it will take at least eight years for the Army to induct the VSHORAD system because the technology is not yet fully developed nor has it been proved operationally fit. The individual requested anonymity from Defense News in order to speak candidly.

One DRDO scientist said the organization selected two private companies — Adani Defence Systems and Technologies Ltd. and ICOMM Tele Ltd. — as development production partners for the VSHORAD program. The scientist spoke on the condition of anonymity, as he was not authorized to speak to the press.

Minister of State for Defence Ajay Bhatt last month informed Parliament that the government has granted acceptance of the necessity to 163 proposals worth 2.46 trillion rupees that would promote domestic manufacturing.

Over the last four years, Bhatt added, the government has reduced its foreign defense procurement spending from 46% to 36%.