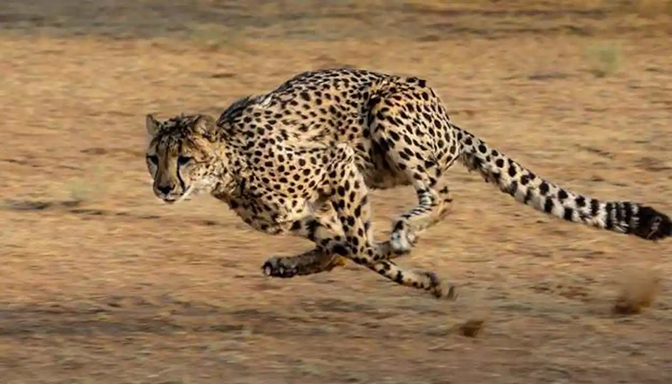 New Delhi, Sept 17 (AFP/APP): Eight Namibian cheetahs arrived in India Saturday, decades after their local extinction, in an ambitious project to reintroduce the big cats that have divided experts on its chances for success.
Officials say the project is the world’s first intercontinental relocation of cheetahs, the planet’s fastest land animal.
The five females and three males were moved flown from a game park north of the Namibian capital Windhoek aboard a chartered Boeing 747 dubbed “Cat plane” for an 11-hour flight.
Prime Minister Narendra Modi presided over the release at Kuno National Park, a wildlife sanctuary 320 kilometers (200 miles) south of New Delhi selected for its abundant prey and grasslands.
Each of the animals, aged between two and five and a half, has been fitted with a satellite collar to monitor their movements.
They will initially be kept in a quarantine enclosure for about a month before being released in the open forest areas of the park.
Critics have warned the creatures may struggle to adapt to the Indian habitat.