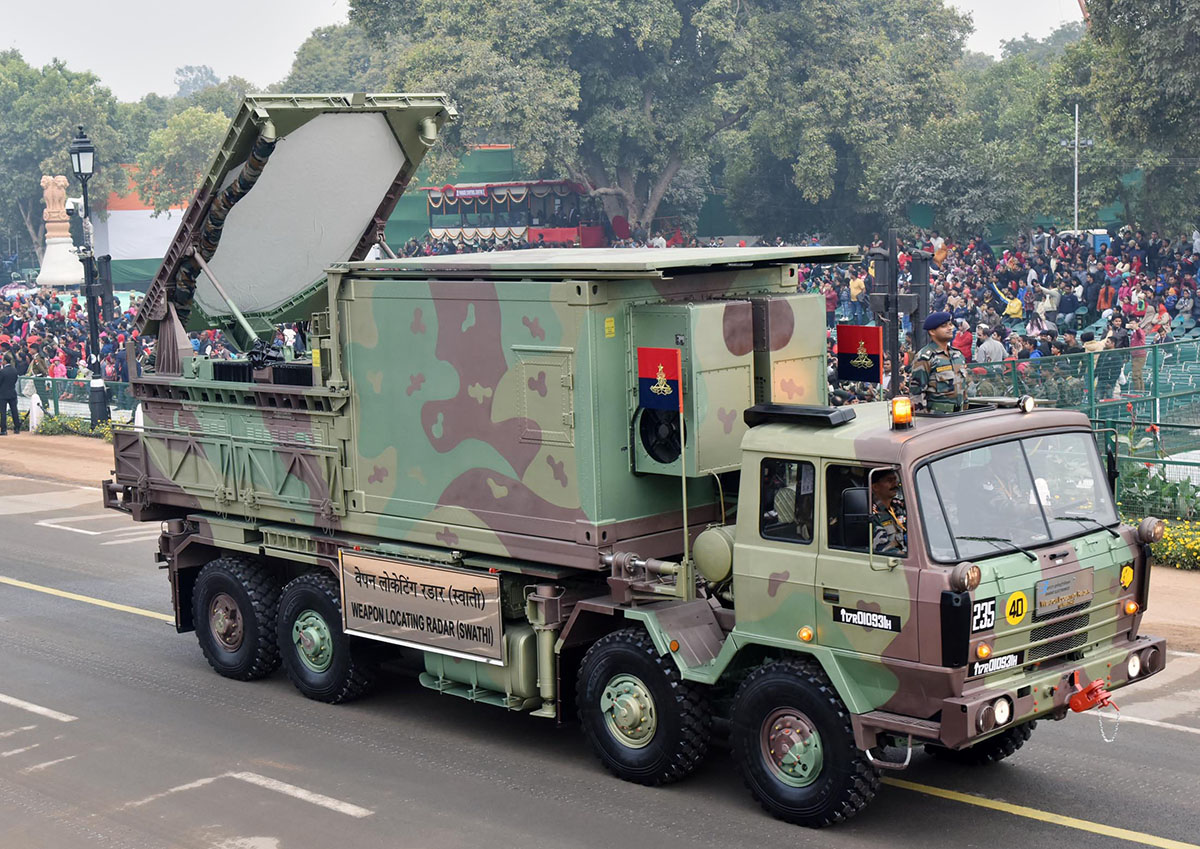 The Indian Army has ordered six units of a new “mountain variant” of a weapon location radar (WLR) system developed by Bharat Electronics Limited (BEL).
Speaking to Janes at a recent event, Anandi Ramalingam, BEL’s chairman, and managing director said that six Swathi Mark II units were ordered.
“The six units ordered are the mountain version of the WLR, which are lighter in weight,” Ramalingam said. “The Indian Army operates around 30 of the older Mark I variants.”
According to a BEL source, the Mark I variant, which is spread across 8×8 wheeled Tatra trucks, comprises two vehicles weighing 30 and 28 tons. The Mark II variant, which is based across two 6×6 wheeled Tatra trucks, weighs 18 tons each. “This is to satisfy the army’s primary requirement that the platform should comply with bridging capacities,” the source said.