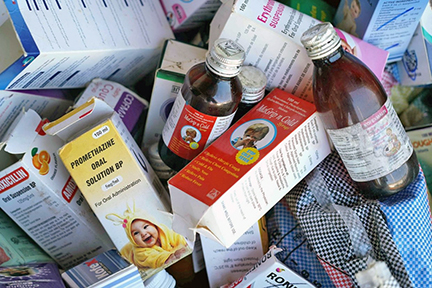 Indonesia bans all syrup, and liquid medicines after 99 child deaths. The ban comes as health authorities probe an unexplained rise this year in children’s deaths from acute kidney injury.

“Until today, we have received 206 reported cases from 20 provinces with 99 deaths,” the health ministry’s spokesperson Muhammad Syahril Mansyur told a press briefing.

The rise in childhood AKI fatalities in Indonesia comes as The Gambia’s government probes the death of 70 children from AKI linked to paracetamol syrups used to treat fever, which contained excessive levels of diethylene glycol and ethylene glycol, in a scandal linked to four Indian-made cough syrups.

Officials at Indonesia’s food and drug agency said those products identified in The Gambia were not available locally and the ingredients they were comprised of had now been banned from all child medicinal syrups sold in the country.

The rise in Indonesia’s cases of AKI began in January this year, and accelerated further since late August, Mansyur said, adding that a probe was launched last week.

“Since late August 2022, the ministry and the paediatrician association have received increasing reports of acute kidney injury. The jump is sharp,” he said, noting that 65 percent of cases had been treated in Jakarta.

Most of the cases involved children aged under 18, mainly toddlers under five years old, the ministry said.