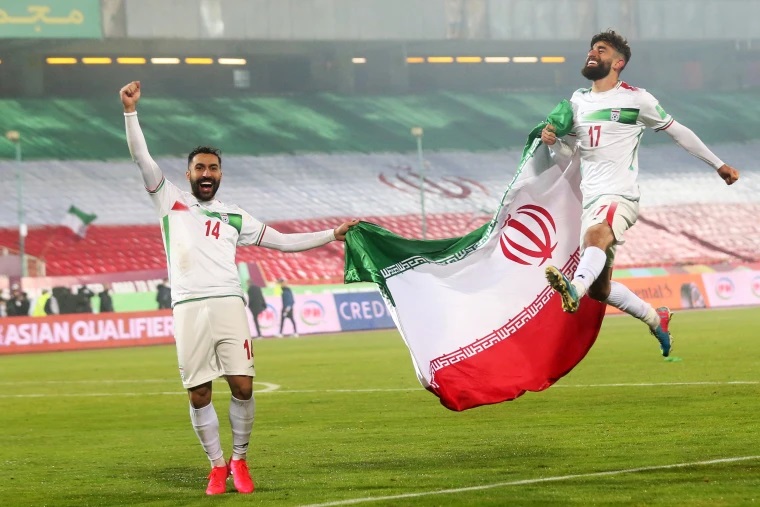 LONDON: The head of the Israel Defense Forces’ Military Intelligence Directorate has claimed Iran could attack the 2022 FIFA World Cup in Qatar in which its national team is currently participating.

Maj. Gen. Aharon Haliva said the regime in Tehran was “considering” the move in a bid to destabilize the region and distract from its domestic unrest following widespread protests against the government that has left hundreds dead and as many as 14,000 people in jail.

In an address at the Institute for National Security Studies conference in Tel Aviv, Haliva said: “I am telling you that the Iranians are now considering attacking the World Cup in Qatar as well.

“Iran is seeking to preserve instability as a constant thing. At a time when the world around it is stable and thriving — this is the opposite of what is happening inside Iran.

“The World Cup is likely to be one of those events at which it tries to cause instability,” The Times of Israel reported him as saying.

The nationwide protests in Iran against the regime erupted after the death of 22-year-old Kurdish woman Mahsa Amini while in the custody of the country’s morality police, who had detained her for improperly wearing her hijab.

“At this stage, I do not see a risk to the regime, but as the pressure on Iran increases, including internal pressure, the Iranian response is much more aggressive, so we should expect much more aggressive responses in the region and in the world,” Haliva added.

Iran lost its opening match on Monday 6-2 to England, in a game mired in controversy after its players refused to sing the Iranian national anthem in a silent protest against the situation in their country.

Iranian fans booed the anthem in the stadium and held up signs condemning Amini’s death and the regime, and calling for women’s rights to be protected, while in Iran, footage emerged overnight of people celebrating England’s victory.