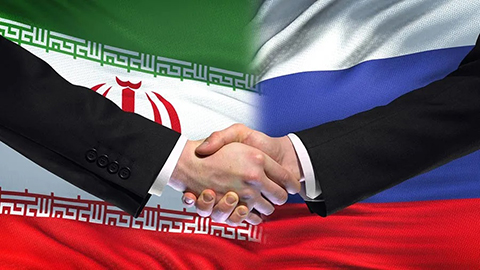 Iran and Russia may launch a barter trade mechanism that would allow Tehran to import Russian raw materials in exchange for Iran-manufactured goods, Press TV reported on Friday, citing Iran’s Trade Minister Reza Fatemi Amin.
According to the minister, who was speaking to the press on the sidelines of a meeting of the Russian-Iranian trade and economic cooperation commission, the countries have already agreed to introduce barter trade for certain categories of goods. The official stressed that Iran needs to import raw materials for its metallurgical and mining industry. These include steel, zinc, lead and aluminum.
In exchange Russia will be getting car parts and gas turbines manufactured in Iran. The minister stated that a number of Iranian companies had already signed contracts for the supply and maintenance of gas turbines for Russian power plants.
During a visit to Iran this week, Deputy Prime Minister Alexander Novak urged Tehran to cooperate more with Moscow in trade. According to Shana news agency, he also gave Tehran representatives a list of products which Russia currently needs, mostly in the automotive, shipbuilding and pharmaceutical industries.
Since the end of February, when Russia launched its military operation in Ukraine and was hit with an onslaught of Western sanctions, the import of Russian-made steel has been banned by a number of countries.
In mid-March, metal produced in Russia or re-exported from the country was prohibited in the EU. A month later the UK joined the embargo. According to the head of the Russian Steel Association and the main owner of Severstal, Alexei Mordashov, by the beginning of April, Russia had some 4 million tons of steel it needed to redirect due to the restrictions.