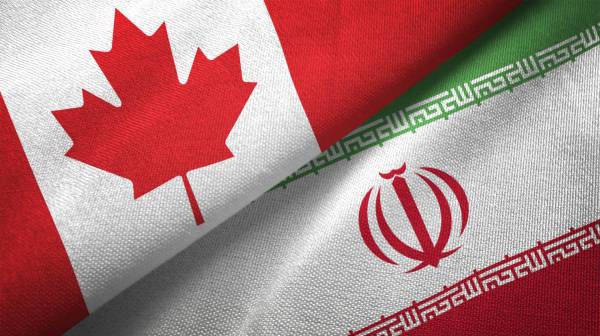 Ottawa: The Canadian intelligence service said on Friday that it is investigating death threats from Iran against individuals inside Canada, according to the agency.

“CSIS is actively investigating several threats to life emanating from the Islamic Republic of Iran based on credible intelligence,” said Eric Balsam, spokesman for the Canadian Security Intelligence Service.

“Ultimately, these hostile activities and foreign interference undermine the security of Canada and Canadians, as well as our democratic values and sovereignty.”

It is the first time the service has confirmed that multiple investigations described as “lethal threats to Canadians and people located in Canada” were coming from Iran, CBC News reported.

On Wednesday, Canada sanctioned Iran for the fifth time this year, targeting individuals responsible for human rights abuses and entities supporting the supply of drones to Russia for its war in Ukraine. The sanctioned company, Shahed Aviation, produces drones that have been used against civilians and infrastructure in Ukraine, said Canada’s foreign ministry. The US also imposed sanctions on the company on Tuesday.

UK intelligence said this week that there had been at least ten threats by Iran to harm or kidnap British or UK-based individuals since the start of the year.

“The current wave of protests in Iran is asking fundamental questions of the totalitarian regime,” McCallum said. “This could signal profound change, but the trajectory is uncertain.”

The British foreign secretary, James Cleverly, summoned the Iranian charge d’affaires last week after journalists working in the UK “were subject to immediate threats to life from Iran.”

The regime in Iran has been cracking down violently against citizens after protests erupted in the country following the death of 22-year-old Mahsa Amini at the hands of religious police in September. At least 360 people have died, including more than 50 children, as a result of demonstrations against the country’s rulers.

During a Mid East trip this weekend, Cleverly is expected to highlight Iran’s danger to the region and beyond.

“Iranian-supplied weapons threaten the entire region. Today Iran’s nuclear program is more advanced than ever before, and the regime has resorted to selling Russia the armed drones that are killing civilians in Ukraine,” he is expected to say at a security conference in Bahrain on Saturday.

Iran has plotted high-profile assassinations, but without success. The US revealed in August that John Bolton and Mike Pompeo, both senior officials under the Donald Trump administration, had been targets of the regime.

Saudi State Minister Adel Al-Jubeir was also in the crosshairs of Iranian spies, who planned to kill him at a Washington DC restaurant while he was serving as the Kingdom’s ambassador to the US. Iran’s $1.5 million contract to kill him was traced by US authorities, and Iranian US dual national Mansour Arbabsiar was arrested.