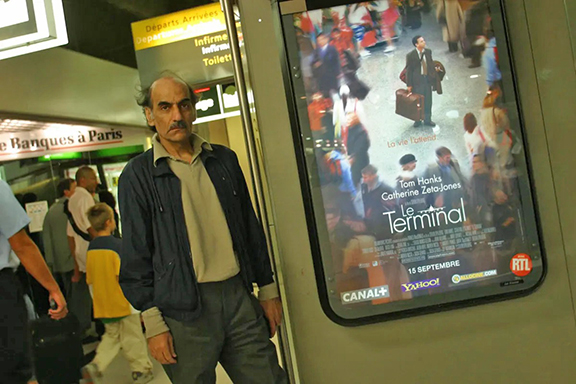 PARIS: An Iranian man whose 18 years at a French airport inspired Steven Spielberg’s movie The Terminal, died on Saturday, according to media reports, says Anadolu Agency.

“(Mehran Karimi) Nasseri was pronounced dead by the airport medical team at Terminal 2F and had died of natural causes,” CNN reported on Saturday, citing a spokesperson for the Paris-Charles de Gaulle airport.

Nasseri, reportedly born in 1945 to an Iranian-British family, was trapped at Paris Charles de Gaulle airport’s international no man’s land in 1988 as he did not have proper documentation.

Nicknamed Sir Alfred, he lived at the airport until 2006 when he was hospitalized. After being discharged from the hospital, he was housed in a Paris shelter in 2008, according to reports.

He had been living at the airport again in recent weeks until his death on midday Saturday, the reports added, noting that Nasseri always kept his luggage by his side, reading, and taking notes in his diary during his time at the airport.

Nasseri’s situation inspired Steven Spielberg’s 2004 film The Terminal starring Tom Hanks as Viktor Navorski, an Eastern European man stuck at a New York airport as a military coup in his native country prevents him from returning.