Iraq invests in own gas fields to reduce dependence on Iran 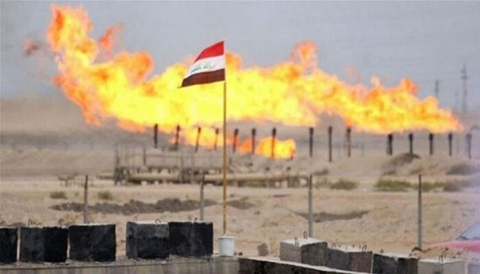 Iraq is investing in its own gas fields in a bid to reduce dependence on Iran, a local official has confirmed. Abdul Wahab Kazem, the technical advisor to the Minister of Electricity, made his comment in an interview with the Iraqi News Agency.
Baghdad’s financial obligations towards Iran are of two types, explained Kazem. The first concerns financial dues in exchange for gas supplies, as a formula was reached with the Trade Bank of Iraq to record normal dues. The second are payments to contractors and companies supplying electrical power equipment.
“The issue of gas falls under the jurisdiction of the Ministry of Oil,” said the advisor, “which is determined to invest in very important gas fields in the Akkas and Mansouriya fields. In fact, this has already started.”
He stressed that investing in Iraqi gas fields will provide large quantities of gas and reduce dependence on imports from Iran.
Meanwhile, the EU Ambassador in Iraq, Ville Varjola, has said that European countries are looking for new partners and alternative sources for oil. Importing Iraqi oil across Europe, said Varjola, is a “good” option. “The changes in the oil market are based on supply and demand, and there is a significant impact from the Russian-Ukrainian war and its economic effects.”
Iraq has vast oil reserves, but decades of conflict, corruption and dilapidated facilities continue to undermine the energy sector in the country.