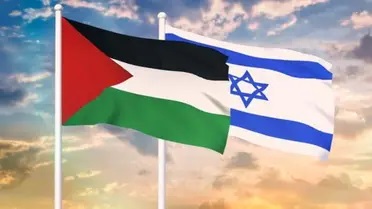 Tel Aviv: The Israeli occupation army has killed 40 Palestinian children and detained more than 770 others since the beginning of the year, Palestinian groups revealed yesterday as they marked World Children’s Day.

The ministry said Israel has killed 40 Palestinian children and arrested more than 770 children of school age since the beginning of 2022, indicating that 160 of the detained children are still in detention, including high school students and three girls.

Many schools, it warned, have received final demolition orders including two schools of Ein Samia near occupied Ramallah, and in Masafer Yatta in southern West Bank which may be demolished any moment, threatening the children’s right to education.

The Ministry called for the need to coordinate efforts and interventions to protect children’s rights to education and life.

The Commission for Detainees and Ex-Detainees Affairs said the Israeli occupation has made children a permanent target of its destructive policies, either by killing or arresting them.

Since 1967 Israel is estimated to have detained more than 50,000 children; nearly 20,000 of them have been detained since the outbreak of the Second Intifada in 2000.