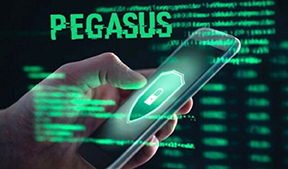 However, the Bill, proposed by Yoav Kisch of former Prime Minister Benjamin Netanyahu’s Likud Party, needs to go through three more votes before becoming law.
Following the vote, Yesh Atid, MK and Knesset Public Security Committee Chairwoman, Meirav Ben-Ari, said, “This Bill was passed only thanks to the ignorance that swept the plenum,” reported The Times of Israel.
“How many [opposition] Knesset members came to the discussions we held in the committee on the subject?” Ben-Ari asked.
Israel’s Calcalist newspaper, in an unsourced report in February, said police had used Pegasus without judges’ warrants against public figures, including a son and confidantes of former Prime Minister, Benjamin Netanyahu.
Internal Security Minister, Omer Bar-Lev, said a total of 26 people had been reported by Calcalist to have had Pegasus improperly used against them.
The NSO software was made infamous last year when the University of Toronto’s internet watchdog, Citizen Lab, exposed numerous governments’ misuse of the software through the hacking of around 50,000 phones and devices belonging to journalists, human rights activists and political critics worldwide.
Amongst those client governments were Gulf Arab States, including the United Arab Emirates, Saudi Arabia and Bahrain.
Moreover, Apple had filed a lawsuit against NSO and its parent company, OSY Technologies, in an effort to stop the spyware company from targeting any Apple devices.
NSO is an Israeli company specialising in the development of cyber-espionage tools. It was founded in 2010.