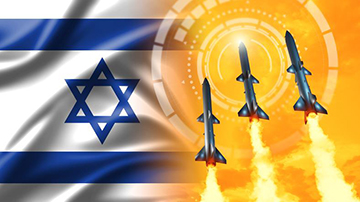 One of the central goals of the Israel Defense Forces Chief of Staff Aviv Kochavi’s visit this week to Morocco is to advance arms deals. Morocco has purchased military equipment from Israel worth $1.2 billion over the past two years, and Israel intends to double this amount, according to a report on Friday in Israel’s Yedioth Ahronoth by military analyst Alex Fishman.
Morocco has maintained secret relations with Israel for decades. Since joining the Abraham Accords, the Gulf states have pumped huge sums of money into Morocco, which is rebuilding its army and buying weapons and military equipment, including Israeli ones, following strained relations with Algeria.
The report pointed out that most Israeli security systems are involved in arming the new Moroccan army, including drones, cyber systems, electronic warfare systems, air defence, projectiles and various types of missiles.
Israel has sold to Arab countries weapons and military equipment amounting to $3.5 billion since the signing of the Abraham Accords less than two years ago. In this context, the report pointed out that where you sell weapons, you have a foothold because you also sell training, maintenance and software modifications. This develops a certain customer dependence on the vendor country.
Israel and the US seek to establish a defence alliance with the Abraham Accords countries, Egypt and Jordan. They had hoped that this would be announced during US President Joe Biden’s visit to Saudi Arabia last Saturday, but Saudi Arabia and the United Arab Emirates announced that they would not join such an alliance.
According to the report, if the US poses a credible military threat against Iran, the relationship with Israel will be strengthened, and the establishment of the alliance will be closer. It also noted that steps were being taken behind the scenes and that due to the partial cover-up of security relations with the Gulf countries, some of these events pass under the media radar.
In this context, the Central Command of the US Army (Centcom) holds meetings between the leaders of the security services in the countries under the responsibility of Centcom, including countries that do not have official relations with Israel. The report pointed out that in these meetings, they talk about plans, military needs, joint exercises and scenarios.
The report also added that, in addition to this, meetings were held throughout the year at different levels, including defenceand security ministers, army chiefs of staff and lower-level officers. Over the past year, representatives of the Israeli security agency have participated in approximately 150 such meetings with their counterparts from the Gulf states, Egypt and Jordan. The Defence Ministry and the Israeli army have effectively replaced Mossad, which took care of such relations for years when they were still secret.
The Israeli army’s air, naval and intelligence forces formed special departments for foreign relations to communicate and cooperate with armies in Arab countries, coordinate joint exercises and advance Israeli arms sales.